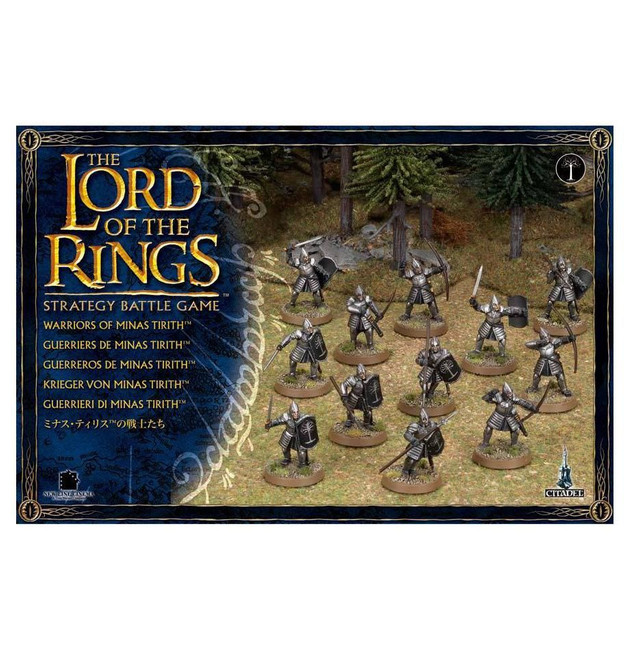 or make 4 interest-free payments of $11.00 NZD fortnightly with

Minas Tirith's armies are the greatest of all the realms of Men - disciplined, superbly equipped and led by veterans of the wars with Harad and Mordor. Each warrior in Minas Tirith's army is trained to wield a variety of weapons, from the humble sword or bow, to the deadly knight's lance. It is these valiant warriors who defend the walls of the White City against the legions of Mordor, and protect her lands from the threat of invasion. Of all the men in Middle-earth, it would be hard to find a better armed or armoured warrior than a man of Gondor.

This plastic boxed set contains 16 components, with which to build 12 Warriors of Minas Tirith: four with bow, four with sword and shield, and four with spear and shield. This set comes with 12, 25mm round bases. These miniatures are supplied unpainted and require assembly - we recommend using Citadel Plastic Glue and Citadel Paints.

Ghost Warrior: Rise of the Ynnari

A Warhammer 40,000 anthology Many are the noble warriors of the 41st Millennium, and many more still

Tactical Squads are the mainstay of the Space Marine Legions, highly versatile infantry units that c

LotR: Journeys of the Middle Earth: Dwellers in Darkness

Lord of the Rings Journeys of the Middle Earth: Dwellers in Darkness This expansion offers three new