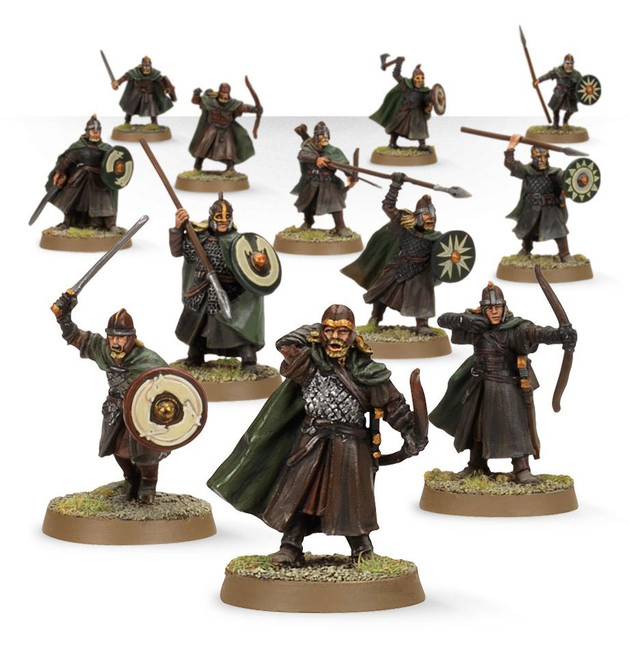 or make 4 interest-free payments of $11.00 NZD fortnightly with

The men of Rohan are doughty folk, raised in a harsh land of moors, hills, and endless grassland. The warriors of this land fight for survival against a multitude of foes, from the Trolls and Orcs of the Misty Mountains, to the forces of the Dark Lord Sauron when they cross the Anduin into the Westfold. Many of them will ride into battle on warhorses, but many more cannot afford a noble steed and will instead fight on foot, making up the rank and file of the armies of Rohan. What these warriors lack in armour and skill, they make up for with courage and bloody minded determination - Rohan will never fall while they still protect its borders.

This plastic boxed set contains 20 components, with which to build 12 Warriors of Rohan; four with bow, four with hand weapon and shield, and four with spear and shield. This set comes with 12, 25mm round bases. These miniatures are supplied unpainted and require assembly - we recommend using Citadel Plastic Glue and Citadel Paints.

Striking unseen from the shadows, the Shadow Warriors of the Swifthawk Agents are masters of infiltr