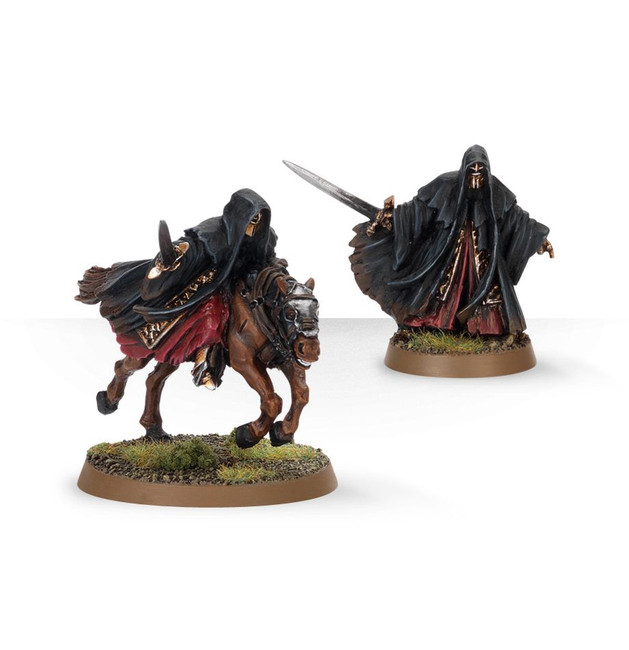 or make 4 interest-free payments of $16.00 NZD fortnightly with

Lieutenant of Dol Guldur, Khamûl is second amongst the Ringwraiths, a dark terror clad in an impenetrable shroud of cloth and armour. The knowledge of how he came into the service of the Lord of the Rings has long been lost, though a few of the Wise believe that he once ruled a land beyond Mordor's eastern boundaries. This at least must be partially true, for only a king of great influence would have received the tainted gift of a Ring of Power. Other than this, little is known of Khamûl's past save what he has done since in the servie of Mordor. Whatever the deeds of the man that he once was, Khamûl walks now only where Sauron bids him, his will bound solely to that of his dark master.

This pack contains Khamûl The Easterling on foot and riding a horse. These models are finely detailed resin cast miniatures. They are supplied as four separate components, and come with one 25mm round base and one 40mm round base. These miniatures are supplied unpainted and require assembly - we recommend using Citadel Super Glue and Citadel Paints.

Determined to become stronger and challenge the toughest seas in the world, Luffy and his crew decid

As Madara uses his dominating power to fend off the Five Kage, Sasuke is reunited with his brother I