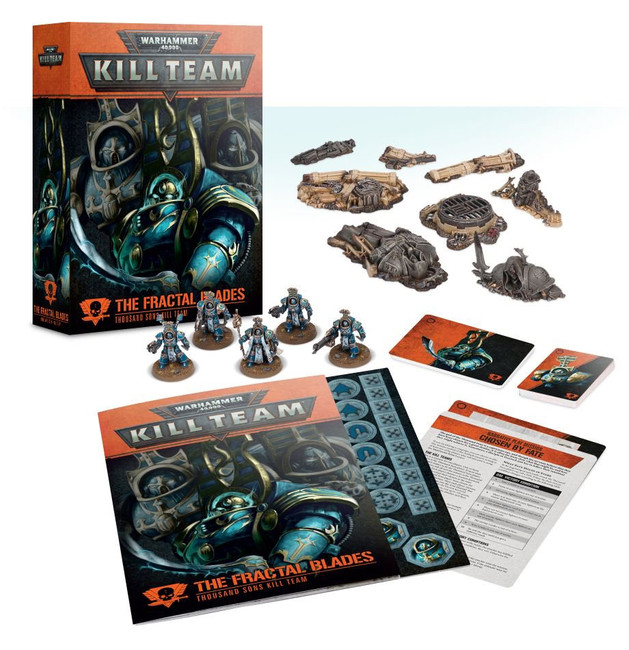 Long ago lost to the ages, scattered by the roiling tides of the warp, the Fractal Blades nonetheless serve the will of mighty Tzeentch. Led by the Sorcerer Basteq Shen, they continue to wage the Long War against the hated servants of the Imperium, annihilating anything foolish enough to stand in their way.

An expansion for Kill Team: Elites, this box includes 5 miniatures, a scenery set, a background booklet, as well as brand-new Tactics and Mission cards. Included:

This expansion requires a copy of the Kill Team Core Rules Manual and Kill Team: Elites to use.

Once soldiers of the Astra Militarum, the Blooded are traitors who have fallen to the Ruinous Powers