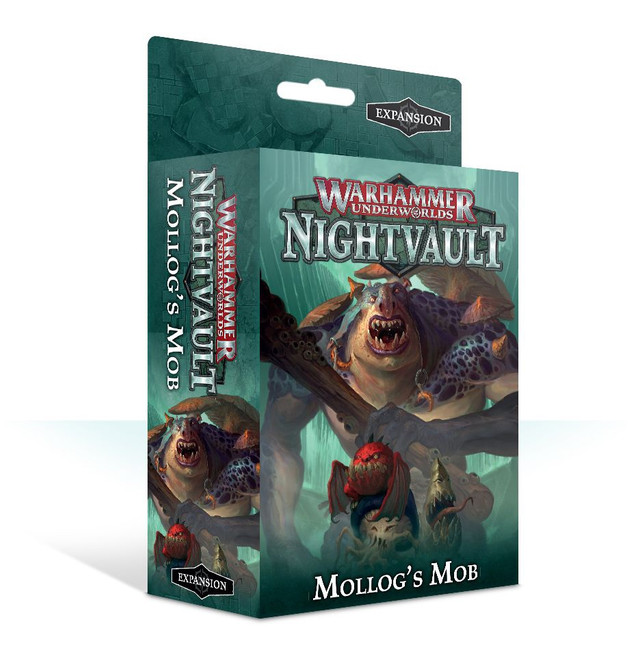 The Mirrored City is full of conquerors, despoilers and seekers of arcane knowledge, but Mollog – an ancient Dankhold Troggoth – just wants a nap! Stirred from a long slumber, he now seeks a bit of peace and quiet, and is more than happy to crack the skulls of anyone who’d deny it to him.Mollog’s Mob is a Warhammer Underworlds warband like no other, focused around a single, brutally powerful fighter (and his squiggy mates). You’ll sweep through unprepared warbands with ease, using a host of nasty critters to support your rampage. Inside this set, you’ll find four push fit models that let you build Mollog’s Mob, plus fighter cards for keeping track of their rules in battle. This set also features 60 unique cards, available only in this set. You’ll be able to harness the full might of Mollog’s Mob with 29 warband-specific cards, or upgrade your decks for any warband with 31 universal cards – including objectives, ploys and upgrades – that anyone can use.

Theddra Skull-scryer, war shaman of the Tribe of the Black Fang, leads a Godsworn Hunt into the dept

Hailing from a blasted and ruined kingdom far to the north, the Grymwatch have come questing to slay