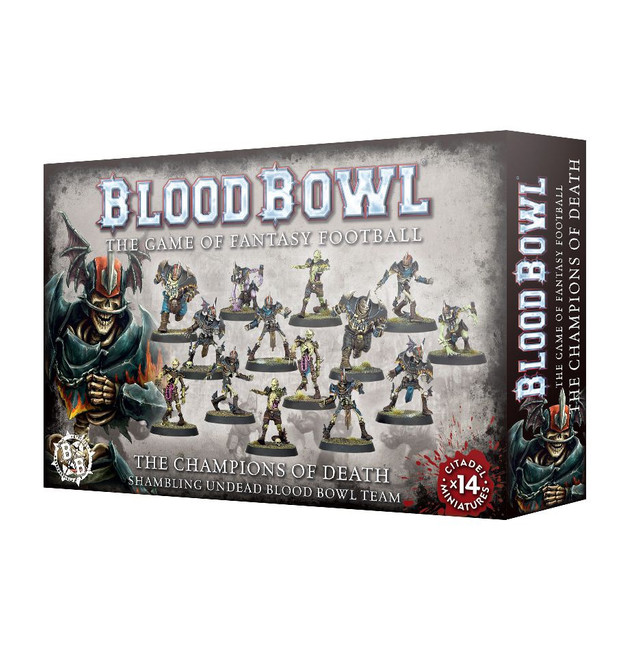 or make 4 interest-free payments of $18.75 NZD fortnightly with

Shambling Undead teams are drawn from a mix of vicious undead creatures and former Blood Bowl players that died on the pitch and – through the art of necromancy – have been given the chance of a second career! Most famous of all the Shambling Undead teams that have graced (or stained) the pitch over the years are the mighty Champions of Death.

In addition, the set includes a Champions of Death transfer sheet, with decals that feature player numbers and the team’s logo, and a sample team roster to get you started.

Redesigned for the Second Season ruleset, this deck of 44 cards will help you keep track of stats an

Redesigned for the Second Season ruleset, this deck of 44 cards will help you keep track of stats an

Blood Bowl is a sprawling and chaotic game, played in many different ways across the world. Whether

Release Date July 2019   Nature can be serene and idyllic, or mysterious and dangerous – so too with