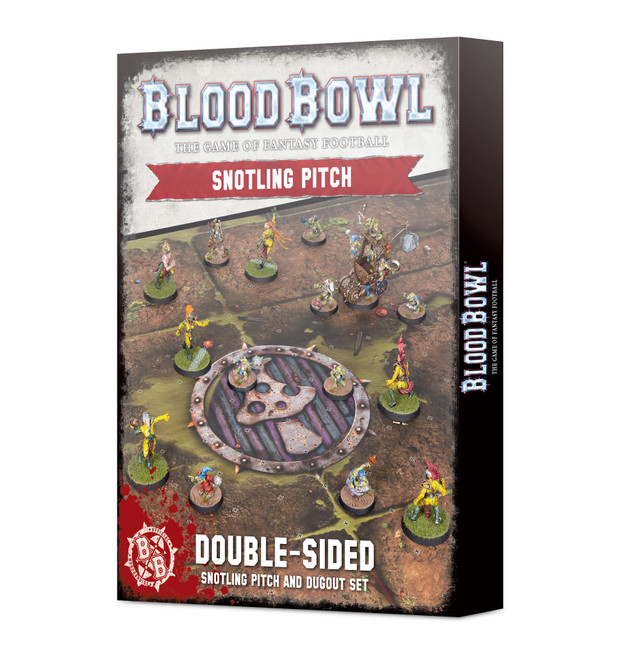 or make 4 interest-free payments of $23.00 NZD fortnightly with

Snotlings win very few games, which means they have very little money to upgrade their Blood Bowl stadia, if they can even be called that with a straight face. More often than not, they'll play their games in the fungal bogs where they grow their hallucinogenic mushrooms – the floating spores make for a rather vivid experience for visiting teams. This double-sided board depicts a fungal bog in two states: a slippery, swampy bog, and a field in full fungal bloom, filled with spores. The end zones are marked by a decrepit boardwalk, and the dugouts are hardly a safe place to rest and recover. The package includes two double-sided dugouts to match the two styles of pitch. Each dugout features the usual Score tracker, Reserves, Knocked-out and Serious Injury boxes, and a re-roll tracker. You'll also find rules to represent the particular features of both sides of the pitch.

Necromantic Horror teams are right at home amongst the macabre and supernatural. What better locatio

The jungles of the New World are riddled with the remains of ancient temples, built by the Lizardmen

There are few grand stadia in Norsca, for most of the Blood Bowl pitches in that icy land are loosel