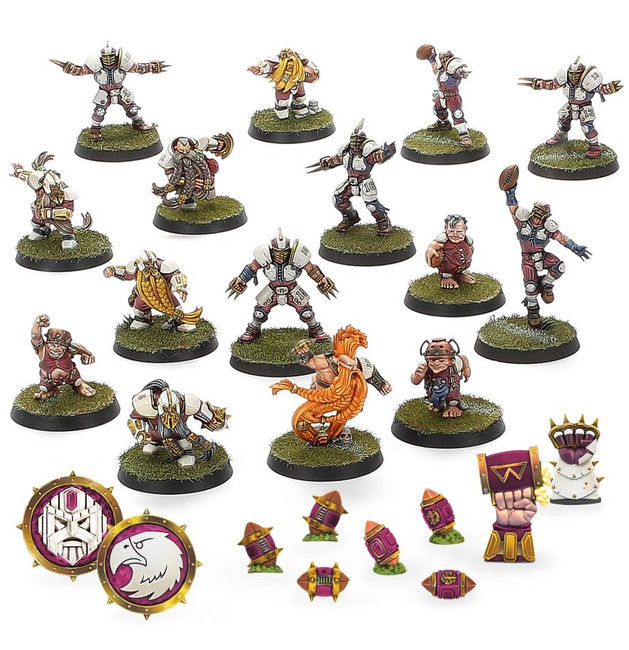 Mixed hybrid teams are legal again under NAF rules, formed from a mix of different races and cultures. The great cities of the Old World have produced some fantastic teams, and the Middenheim Marauders are an excellent example. The combination of Human, Dwarf and Halfling players creates new strengths and eliminates old weaknesses to forge something greater than the sum of its parts.

Old World Alliance teams are assembled from players across a variety of races and cultures, united by the place they call home. Each of them brings their own skills – Human flexibility, Dwarf toughness and strength, and Halfling, er… greasy slipperiness and cooking skills. If you're looking for challenges as well as tactical opportunities, look no further than the Middenheim Maulers.

The rules to use Old World Alliance teams in your games of Blood Bowl can be found in Spike! Journal Issue 9.

Necromantic Horror teams are right at home amongst the macabre and supernatural. What better locatio

When the conversation of greatest Orcs to play Nuffle’s sacred game crops up, as it often does in th

Amateur games of Blood Bowl are often played on a smaller pitch, with fewer players. A quick game of

This set of iridescent green dice is the perfect accompaniment to your Halfling Blood Bowl team. The

A new team founded after the collapse of the NAF, many Nightmares players previously played for the

Release Date 8th September 2018   The Rotters rose to fame long ago, having the distinction of being