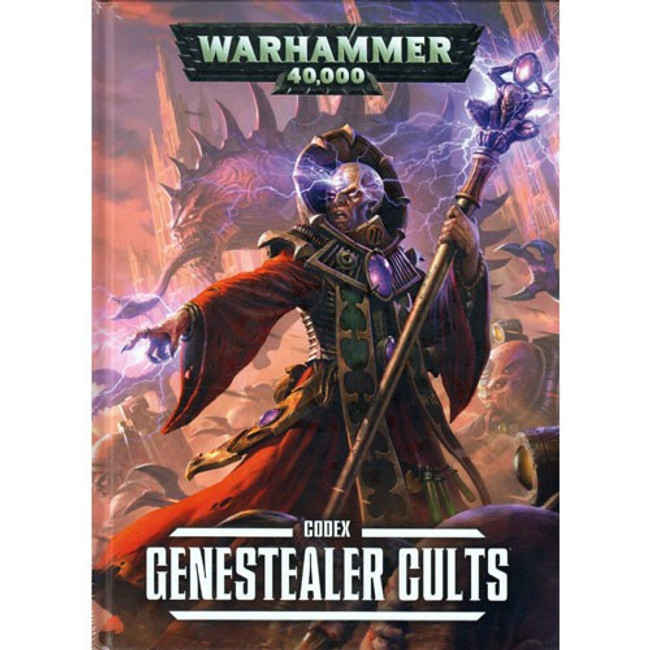 Under the blood-chilling shrieks of alien beasts comes the distinct sound of chanting. Thousands of cultist voices are raised in prayer to their Patriarch, a living God from beyond the stars. The skittering shadows in the distance resolve into darting shapes, then a seething tide. A living wave of hybrid creatures pours through streets and boils out from dank and slimy lairs. Up-gunned transport vehicles careen around the horde's flanks to bring yet more unholy terrors to war, even as darkly charismatic leaders cast their dominion over the foe. The cult has prepared long for this day of reckoning - a menace barely seen by the eyes of the sane has suddenly been revealed in numbers enough to conquer the world.

A campaign supplement for Warhammer 40,000, containing a story from the beginning of the 13th Black

As Abbadon the Despoiler launches his 13th Black Crusade, the diabolical Lord Xophas bypasses the Ca