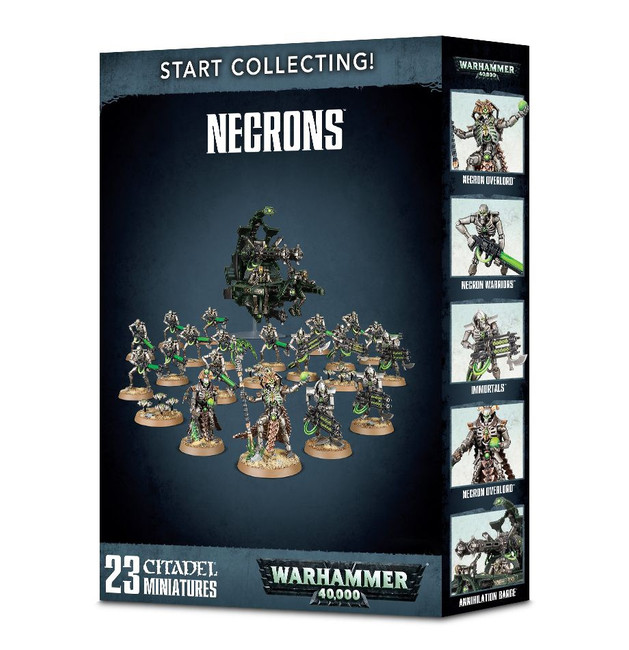 For sixty million years the Necrons have slumbered, their tomb worlds filled with dormant armies and inactive war machines. Now they are awakening as if from half-remembered nightmares, and the galaxy shudders at their return. From vast crypt-fortresses, burnished legions emerge into the dying light of the 41st Millennium, a steel sea rippling beneath the crackling energy discharge of esoteric battle engines. Swarming metal Scarabs, talon-limbed horrors and spectral assassins accompany them, their alien minds focused on a single purpose – to reclaim the stars. This is a great-value box set that gives you an immediate collection of fantastic Necrons miniatures, which you can assemble and use right away in games of Warhammer 40,000! You’ll receive a Necron Overlord, an Annihilation Barge with Lord On Foot (which can be built as a Catacomb Command Barge), 12 Necron Warriors, 3 Scarab Swarms and 5 Immortals (which can be built as Deathmarks.)

The Changer of Ways, the Master of Fortune, the Great Conspirator and the Architect of Fate – these

For sixty million years the Necrons have slumbered, their tomb worlds filled with dormant armies and

What adventures await your campaign? Are the enemies already at the gates, and your party is in a ra