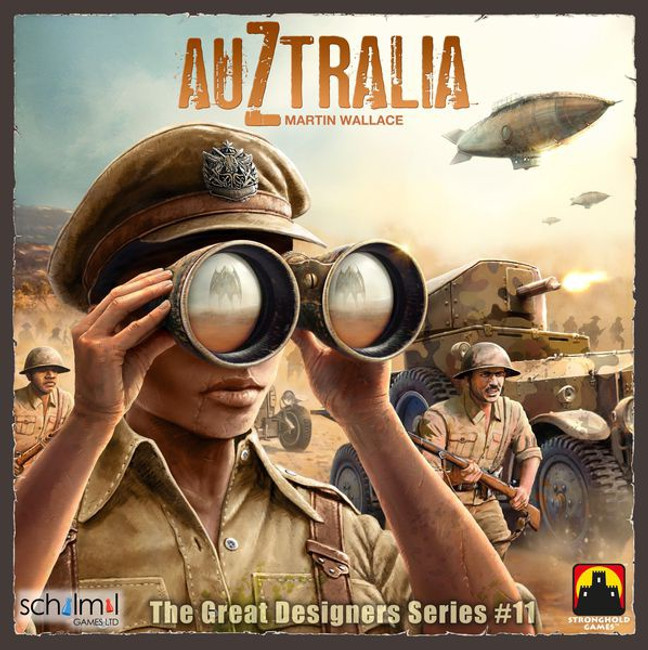 or make 4 interest-free payments of $17.48 NZD fortnightly with

AuZtralia is an adventure/exploration game for 1-4 players set in an alternate reality 1930s. The theme is inspired by Martin Wallace's A Study in Emerald. Following the Restorationist war, the northern hemisphere lands lay poisoned and starvation was the norm. Intrepid adventurers set out to explore and settle new lands. Little did they know, after the war, the surviving Old Ones and their remaining loyal human armies made their way to the outback of Australia to lick their wounds.

Everything you do in the game costs time, which is one of AuZtralia's most valued resources.

At a point in time, the Old Ones will wake up and become an active player. They begin to reveal themselves and move, with potentially devastating outcomes.

You’ll need to prepare wisely for the awakening and may have to co-operate with others to defeat the most dangerous Old Ones.

Scrabble - The Original Board Game

Product Description Scrabble is the classic board game that always spells F-U-N. Consisting of inter

Catching a rat, summoning the fire department, and sneaking into someone’s house may not be your ide

The two entangled pieces are exactly the same in shape and very simple.  They look like hooks used t

Kiwi's Versus Morality Base Game

Scrabble - The Original Board Game

Product Description Scrabble is the classic board game that always spells F-U-N. Consisting of inter

Give a professional edge to those card sessions. Perfectly shuffle up to two packs of cards at a tim

Exit the Game: House of Riddles

Product Description You and your fellow detectives are summoned to an abandoned house. Never wanting