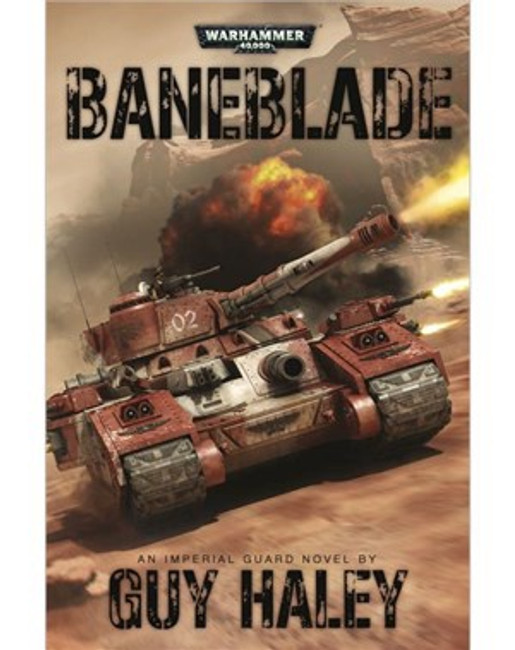 The crew of the Baneblade Mars Triumphant wage bitter war against the orks for the fate of the Kalidar system – but old rivalries threaten to doom them all.

READ IT BECAUSE
It's fast-paced, hard-hitting action based around one of the mightiest battle tanks in the galaxy – and Guy Haley does a fantastic job with not only the crew of the Baneblade, but their ork enemies too, making this a fascinating look at battle from both sides.

Rebirth A Salamanders novelThe Salamanders Sixth Company set out for Heletine, where they face the

A single super-heavy tank is a dominant presence in an Astra Militarum battle line. As it ploughs

An Adeptus Titanicus novel The Casus Belli, an Imperator Titan that has defended the Imperium for te

With tyranid hive fleets approaching, the Carcharodons make a stand on the world of Piety V. If they

Cult of the Spiral Dawn

Grey Knights: Sons of Titan From the war-torn Sanctus Reach to the Realm of Chaos itself, Grey Knig

Milo, aka “Bane of Kings”, reviews Pandorax, the first novel in a brand new Apocalypse series by CZ

Fall of Macharius  Macharius comes to Loki. Brought to the edge of the known galaxy, thrust into a