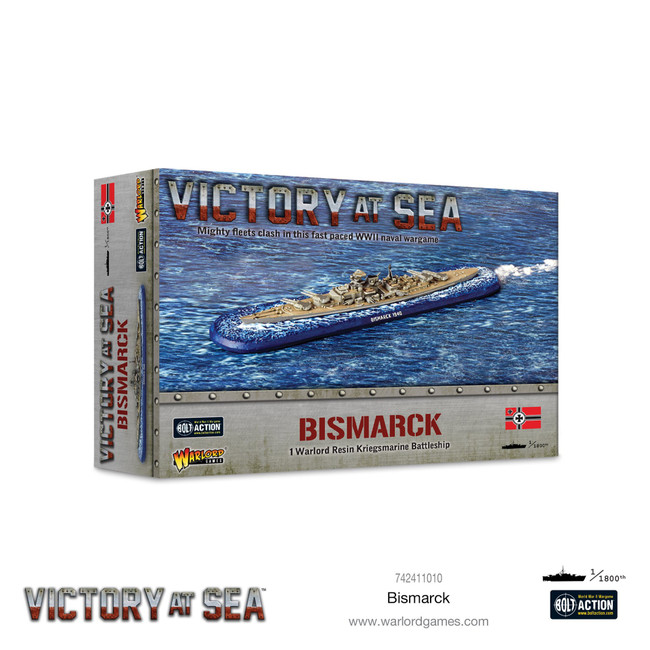 Two Bismarck-class battleships were built for the Kriegsmarine. Bismarck was the first, named for the Chancellor (Otto von Bismarck). The battleship was laid down in July 1936 and launched February 1939. She and her sister ship, Tirpitz, were two of the largest battleships built by any European power, and certainly the largest built by Germany. Whilst the physical power they held was tremendous, they also wreaked psychological havoc amongst the allies. Churchill was determined that the two battleships not be let loose upon the Atlantic.

Bismarck's career, however, was woefully short, spanning just eight months under a single Captain, Ernst Lindeman. During this time, she only took part in a single offensive action that lasted just eight days in May 1941. This operation, codenamed Rheinübung, was to attempt what the Allies feared, a breakthrough to the Atlantic and raid allied shipping efforts between Britain and North America (along with the heavy cruiser Prinz Eugen).

The two vessels were detected multiple times off Scandinavia, prompting Britain to initiate naval blocking maneuvers. The resultant battle, the Battle of the Denmark Strait, saw the British vessels HMS Hood and HMS Prince of Wales engage the two vessels. Hood was destroyed for her efforts and Prince of Wales suffered damage, forcing a retreat. However, Bismarck had suffered damage significant enough to put an end to her raiding mission.

Limping for occupied France for repairs, Bismarck was pursued by a Royal Navy set on retribution for the sinking of HMS Hood. She was attacked by 16 Fairey Swordfish biplane torpedo bombers deployed by HMS Ark Royal. A direct hit rendered Bismarck's steering gear inoperable. The following morning, she suffered crippling damage in a battle against two British battleships and two cruisers. She was subsequently, on 27 May 1941, scuttled by her crew and sank with many lives lost.

Contains one ship in Resin and Warlord Resin

HMS Warspite was a Queen Elizabeth-class battleship of the Royal Navy. Built during the early 1910s,

For centuries, Japan's policy of seclusion (sakoku) saw it concentrate on coastal defences in order

Description The Original Intoxicating Card Game – Grass is back! This time it is almost legal! Well

Clash with the gods of Theros in this campaign sourcebook for the world’s greatest roleplaying game.

Find Springfield’s TV stars, tavern regulars, other-worldly visitors and more in this tribute to Am