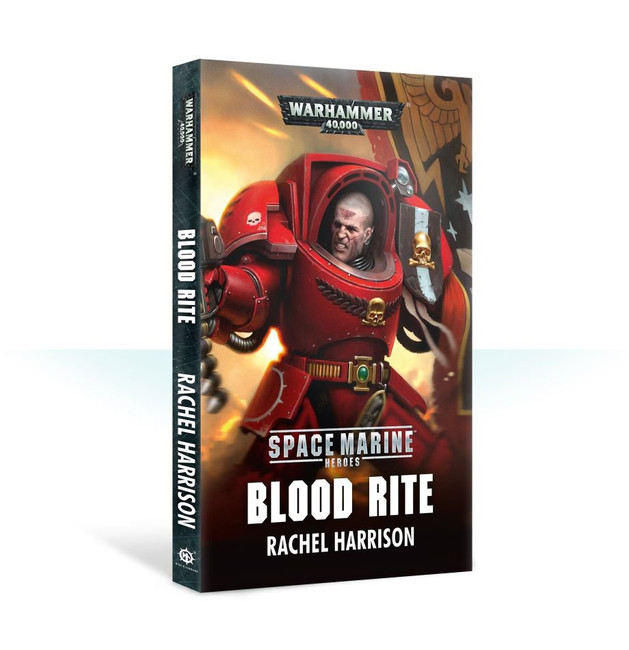 or make 4 interest-free payments of $2.00 NZD fortnightly with

A Space Marine Heroes novella The Word Bearers have come to corrupt the shrine world of Luminata, and all that stands against them are the noble Blood Angels – but with the Black Rage gnawing at them and enemies everywhere, can the sons of Sanguinius prevail? READ IT BECAUSE Discover the adventures of Captain Donato and his Terminators as Rachel Harrison weaves a tale of brave warriors facing impossible odds – a story of true Space Marine Heroes. THE STORY Once an idyllic imperial Shrine World, the planet of Luminata has been corrupted by an ancient and hated foe, its inhabitants driven to madness and butchery by the demagogues of the Word Bearers. The Heretic Astartes have come in force to desecrate the holy world and its most sacred treasure: the chalice of Sanguinius, bequeathed to the people of Luminata by the primarch’s own hand. Such an affront cannot be borne, and Blood Angels Captain Donato and his archangels descend on the world, determined to cleanse the stain of the traitors. However, the Word Bearers are not the only threat to the noble warriors, for with each step towards the stronghold of Dark Apostle Tur Zalak, the siren song of the Black Rage grows stronger. Caught between the blades of the enemy and the flaw in their blood, only by recovering the chalice and killing the heretics will the angels themselves be saved. Written by Rachel Harrison