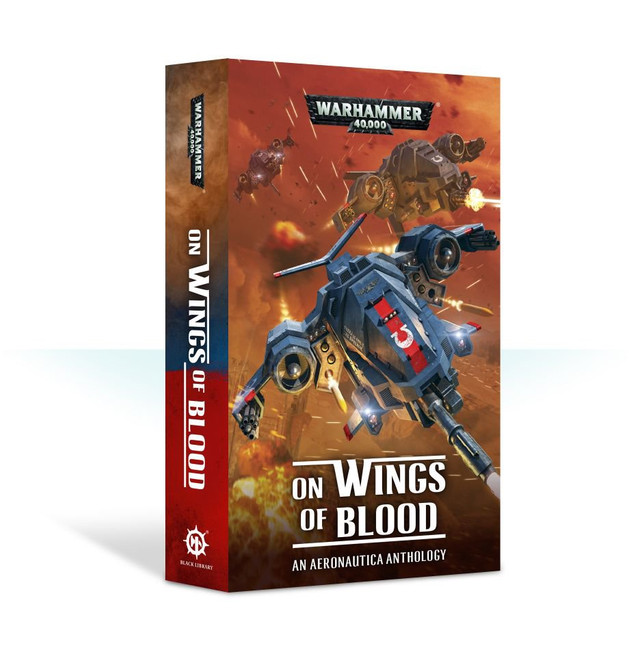 A Warhammer 40,000 anthology Take the battle to the skies with stories of death-defying pilots and devastating far-future aircraft! Brutal Space Marine gunships, graceful alien fighters and hellforged Chaos craft fight for air supremacy in a collection of aeronautical short fiction. READ IT BECAUSE Strap yourself in for high-flying action and adventure with a collection of tales by some of Black Library's finest authors that demonstrate just how deadly the skies can be. DESCRIPTION In the war-torn galaxy of the 41st Millennium, battle for the blood-soaked skies is fierce and deadly. Brutal Space Marine gunships and Imperial Navy fighters duel against flying horrors, alien interceptors and Chaos craft of every hellish design, for the supremacy of the air is as vital an objective as any battlefield. Featuring stories of death-defying pilots and squadrons of deadly far-future aircraft by authors including Gav Thorpe, James Swallow, Andy Chambers, Cavan Scott and many more... CONTENTS The Emperor's Grace by Nicholas Alexander Ancient History by Andy Chambers Sturmhex by E J Davies Wraithflight by Guy Haley Doom Flight by Cavan Scott In Service Eternal by Matt Smith Wraithbound by J C Stearns Wings of Bone by James Swallow Acceptable Losses by Gav Thorpe Raptor Down by Gav Thorpe Medusan Wings by Matt Westbrook Stormseeker by Alec Worley

A Space Marine Heroes novella The Word Bearers have come to corrupt the shrine world of Luminata, a

A Blood Angels novelBaal has been saved from the tyranids, yet the Blood Angels' greatest challenge