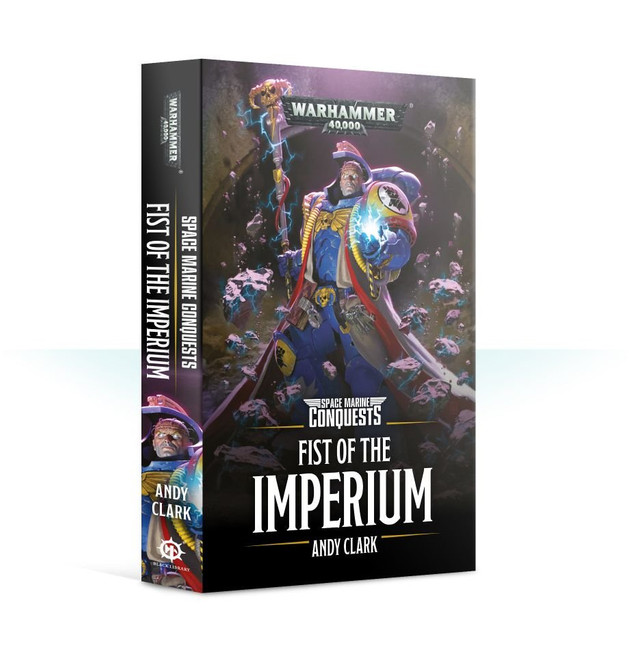 Sent to avenge the deaths of his brothers and purge a dangerous cult, Imperial Fists Primaris Librarian Aster Lydorran finds a foe beyond imagining on Ghyre. Lydorran must use all his strength, will and psychic might to defeat his hidden enemies and avert catastrophe.

READ IT BECAUSE
Discover the dedication of the Imperial Fists and the lengths to which they will go to do their duty and defend mankind.

‘By their noble sacrifice is our world made mighty’

Deep within the Segmentum Solar, an Imperial Fists Honour Guard lies slaughtered upon the very world they swore to protect. The mysterious cult responsible grows in power by the day. Their malevolent tenets poisoning the hearts of Ghyre’s citizens, from its lowliest miner to its arrogant ruling class. To purge this threat, the Imperial Fists send Primaris Librarian Aster Lydorran and his tenacious brothers. These masters of siegecraft face an insurgent foe beyond any they have fought before. As dark omens proliferate, Lydorran finds himself embroiled in a battle of wits and wills with an enemy whose psychic might may surpass even his own. But this is a patient enemy, and with every passing hour, Ghyre’s doom grows closer. The stoic Sons of Dorn must leave their walls and embrace new allies, or risk unleashing the apocalypse itself upon the very doorstep of Terra.