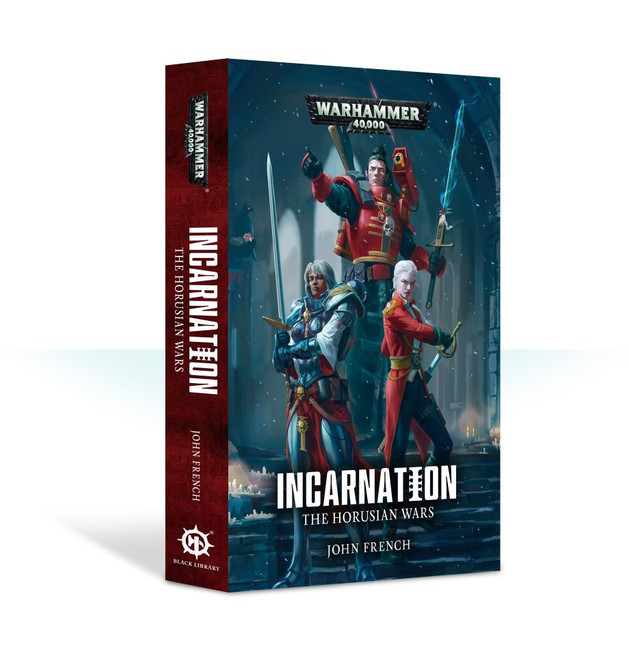 Book 2 in the Horusian Wars series

Inquisitor Covenant’s quest to stop a sect of renegade Inquisitors continues as he battles to deny their sinister design on an Imperial shrine world wreathed in darkness. As his foes seek to raise a Living Saint, Covenant must do the unthinkable…

READ IT BECAUSE
The epic story that began in Resurrection continues as Covenant faces a challenge that will test him body and soul.

THE STORY
Darkness approaches Dominicus Prime, a literal Season of Night that brings with it portents, madness and strange happenings. Standing alone as a beacon against the darkness is the Monastery of the Last Candle, a temple to the holy light of the Emperor. As the bishops and the cardinals vie for power and influence, a crisis looms among the Pilgrim Drift who are starving in their droves. Discord is rife and there are whispers of a rising cult, one committed to blood and horror. Into this political powder keg comes Inquisitor Covenant and his followers. Drawn to the shrine world by the prescience of the Emperor's Tarot, they come seeking the agents of the Triumvirate, a sect of Horusians bent on power themselves. It is the belief of Covenant that these radicals seek an incarnation, nothing less than a divine vessel, a living saint. To what end, he can only surmise, but Covenant knows it cannot bode well. He must deny the Horusians at any cost. The fate of the very sector may be determined by it.

Release Date 2nd Feb 2019 The Lords Of Silence A Warhammer 40,000 novel The galaxy has changed. Arm

Vaults of Terra: The Carrion Throne

An Inquisition novel Inquisitor Crowl, who serves on Holy Terra itself, follows the trail of a consp