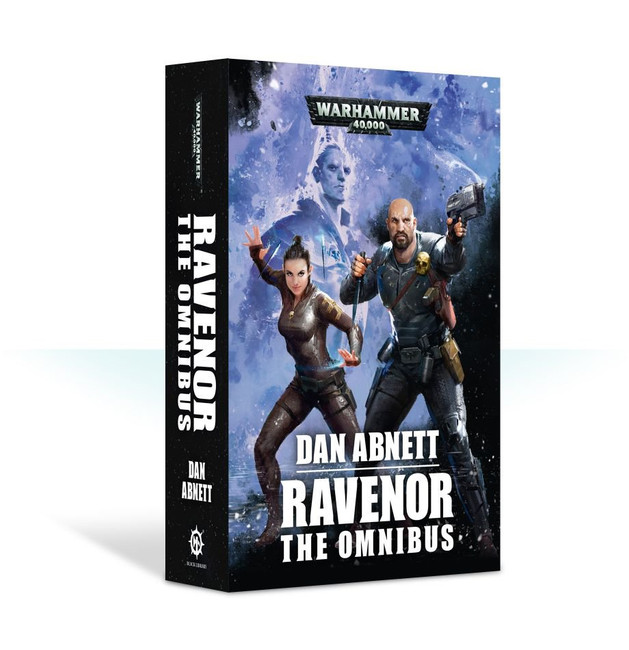 Inquisitor Ravenor and his followers investigate a daemonic conspiracy that stretches across space and time in three classic novels by Dan Abnett.

READ IT BECAUSE
The complete story of Gideon Ravenor's greatest triumphs – and greatest failures – brings together a cast of compelling characters thrust into a mission that tests them all to their limits. None of them are quite what they seem, and all of them have a story to be told. And some of those stories are brutal and end very, very messily...

THE STORY
In the war-torn future of the 41st Millennium, the Inquisition fights a secret war against the darkest enemies of mankind – the alien, the heretic and the daemon. When Inquisitor Gideon Ravenor and his band of lethal operatives are drawn into a conspiracy to spread the taint of Chaos across a sector, their investigations take them into the gravest peril through space and even time. Wherever they go, and whatever dangers they face, they will never give up until their mission succeeds.

Few sounds are as terrifying as the cacophony of hollering, clattering, and stomping that heralds th

Highlights Ages 17+. Trust us — the content in this game is for adults only. Requires: 2-20+ players

Lelith Hesperax’s athleticism is far beyond those of other Wyches. She has raised death to a high ar

The Bloodletters form the core of the vast legions of the Lord of Battle. Believed to have been fore