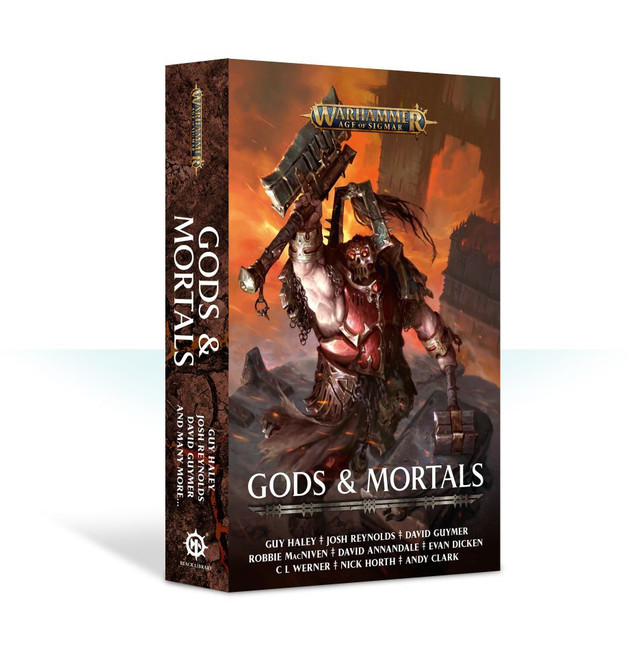 A Warhammer Age of Sigmar anthology

The storm has broken. Sigmar has returned to the Mortal Realms, and his eternal armies march across the lands, smiting the unworthy. This collection of short stories tells tales from the greatest battles of the realms.

READ IT BECAUSE
This volume collects together a plethora of fantastic stories from across the realms – it's a must-read for anyone keen to know more about the Age of Sigmar.

DESCRIPTION
For too long, the Mortal Realms have suffered under Chaos’ twisted crusade. Tainted lands writhe in agony and once great cities lie in ruins, the hopes of their people extinguished. But the storm winds rise. Sigmar’s greatest creation, the Stormcast Eternals, strike with His vengeance. Their lightning drives the darkness away and their thunder drowns out the screams of the Foul Gods’ acolytes as they fall to sword and halberd. The sons and daughters of the storm know they cannot fail. For now is the time where the fate of a world will be decided. Where Gods and mortals must rise and fight, or face their final damnation.

A Warhammer Age of Sigmar novel With her kingdom surrounded by enemies on all sides, the Blood Quee