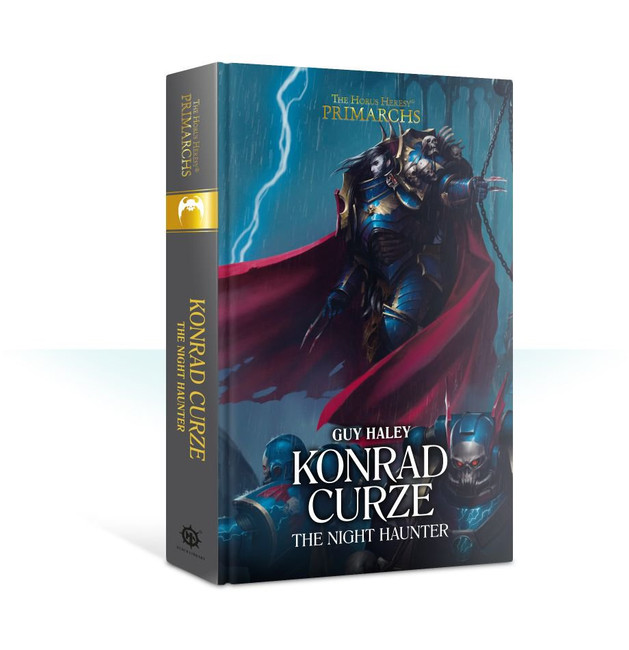 Few among the legendary primarchs are as feared as Konrad Curze, the Night Haunter. Even before his fall to darkness, he was a sinister legend, a remorseless killer. This is his story.

READ IT BECAUSE
The Night Haunter is a fascinating character, a man who could have been a hero, but for the daemons that plague him, the result of his nightmarish visions of a future he helps to create. Guy Haley delves into this lord of the night, in a story you'll never forget…

THE STORY
Of all the Emperor’s immortal sons, the primarchs, it is Konrad Curze whose legend is the darkest. Born in the shadows of Nostramo, a world of murderers, thieves and worse, is it any surprise that he became the figure of dread known only as the Night Haunter? Heed now the tragic story of the creature Konrad Curze, master of the Night Lords Legion, of how he became a monster and a weapon of terror. He who once served the Imperium saw the truth in a maddening universe and the hypocrisy of a loveless father, and embraced the only thing that made any sense – darkness. From the blood-soaked gutters of his hiveworld upbringing, to the last days of his ill-fated existence, Curze is a primarch like no other and his tale is one to chill the very bone…

A Primarchs novel. The Twelfth Primarch has been found! United with the War Hounds – now renamed the

BL2979 Urdesh: The Serpent and the Saint PB

Release Date 2nd April 2022   A Warhammer 40,000 NovelWhen the reincarnation of Saint Sabbat herself

Book 13 of the Primarchs series As the Emperor gathers His sons for an assault on Ullanor, the Lion