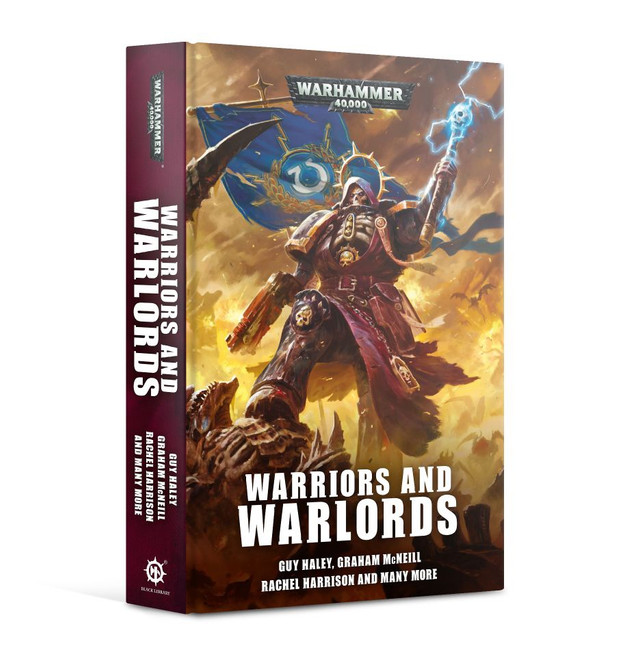 Many are the noble warriors of the 41st Millennium, and many more still are the vile warlords – daemonic, alien and treacherous – who stand against them. In this action-packed anthology, you will find tales of battle to defend the Imperium, and to destroy it.

READ IT BECAUSE
Explore the grim darkness of the far future in a dozen tales that will take you across sun-baked deserts and into daemon-haunted cities with some of the many heroes and villains of Warhammer 40,000.

DESCRIPTION
Humanity stands in a galaxy of war unending, locked in a struggle for its very survival. Divided by the Great Rift, the Imperium is beset on all fronts by its ancient foes. The daemon, the xenos, and the heretic.

In such a place, the heroes of war are forged. From the beleaguered foot soldiers of the Astra Militarum and the flying aces of the Imperial Navy, to secretive Inquisitors and heroic Adeptus Astartes, the warriors of the Imperium fight amidst the guttering light of civilisation while chaotic warlords seek to snuff it out. With the galaxy at stake, who will be left standing triumphant in the ashes?

The Death of Uriel Ventris by Graham McNeill

Warlord: Fury of the God Machine(Hardback)

Warlord: Fury of the God Machine

A Warhammer Chronicles omnibus For centuries, Karak Eight Peaks has been a war zone, the embattled d

A Warhammer 40,000 anthologyMany are the noble warriors of the 41st Millennium, and many more still