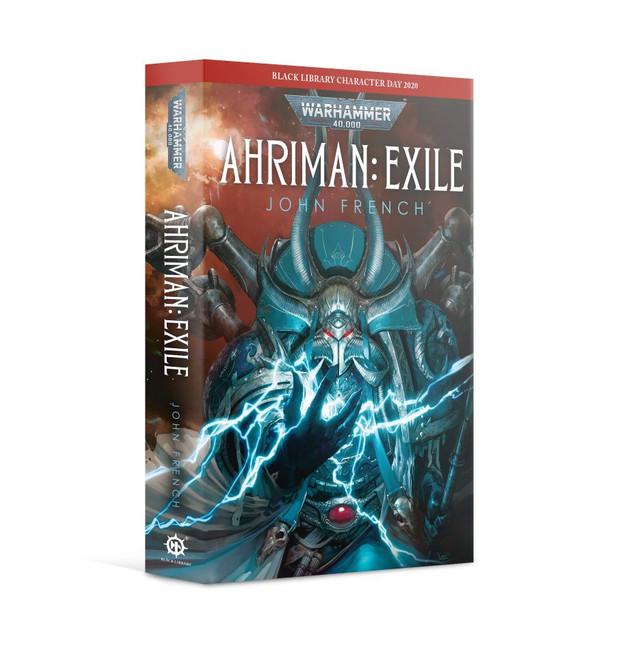 Book one in the Ahriman series

Cast out of his Legion, the sorcerer Ahriman, who condemned the Thousand Sons to an eternity of damnation, plots his return to power and the destruction of his foes.

READ IT BECAUSE
Experience the beginning of an epic, time-twisting saga of revenge, betrayal and attempted atonement. John French takes the Ahriman you know and love from the Horus Heresy in new and interesting directions, making him both deeply sympathetic and thoroughly evil.

THE STORY
All is dust... Spurned by his former brothers and his father Magnus the Red, Ahriman is a wanderer, a sorcerer of Tzeentch whose actions condemned an entire Legion to an eternity of damnation. Once a vaunted servant of the Thousand Sons, he is now an outcast, a renegade who resides in the Eye of Terror. Ever scheming, he plots his return to power and the destruction of his enemies, an architect of fate and master of the warp.

Ahriman: Exodus A Chaos Space Marines anthologyThe tale of Ctesias, a servant of Ahriman who has pe

Ahriman: Sorcerer Book two in the Ahriman seriesAhriman, greatest sorcerer of the Thousand Sons and

For ten thousand years, the seeker of arcane truths known as Ahriman has roamed the galaxy in a ques

A Necromunda novel When full-scale gang war erupts between Houses Goliath and Escher, Brielle of th

Shroud of Night A Chaos Space Marines novelOn a world that is home to a unique artefact, bands of C