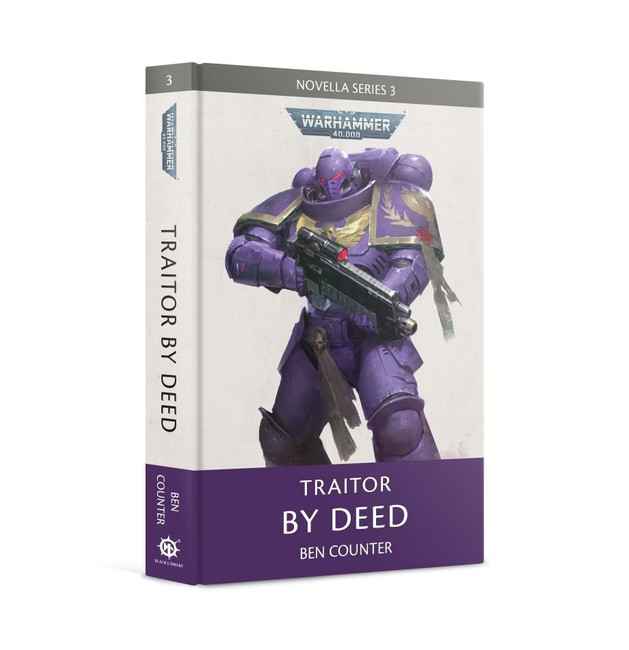 or make 4 interest-free payments of $4.00 NZD fortnightly with

On the isolated world of Kepris, a Primaris Space Marine Chapter deploys to break the bloodthirsty cult that rules the world. But will this new Chapter's name spell its doom? After all, the universe has never been kind to the Soul Drinkers…

READ IT BECAUSE
The Soul Drinkers are reborn! Whether you're a long-time fan of the Chapter or hearing the name for the first time, you're sure to enjoy this tale of a Primaris Space Marine Chapter haunted by sins past.

THE STORY
In the galaxy-spanning conflict of the Indomitus Crusade, an Imperial force is sent to bring the Emperor’s rule back to the isolated world of Kepris. They are the Soul Drinkers, Primaris Space Marines bearing the name and heraldry of a Chapter lost to Imperial history.

This strike force finds the planet ruled by a bloodthirsty cult – its cities seized and loyal shrines under siege by the mysterious arch-heretic Yeceqath, the Voice of All. Striking swiftly and with cold fury, only the Soul Drinkers can unravel the heretic’s foul machinations and break Yeceqath’s hold over the world… but there is more at play here, as one of mankind’s oldest enemies lies at the heart of a conspiracy to see Kepris fall, taking the Soul Drinkers with it.

HH: Blades of the Traitor A5 HC

Quick Reads The Horus Heresy: Blades of the Traitor Across the war-torn galaxy, those sworn to Horu

When the Warmaster turned against the Emperor of Mankind, dragging the Imperium into civil war, the