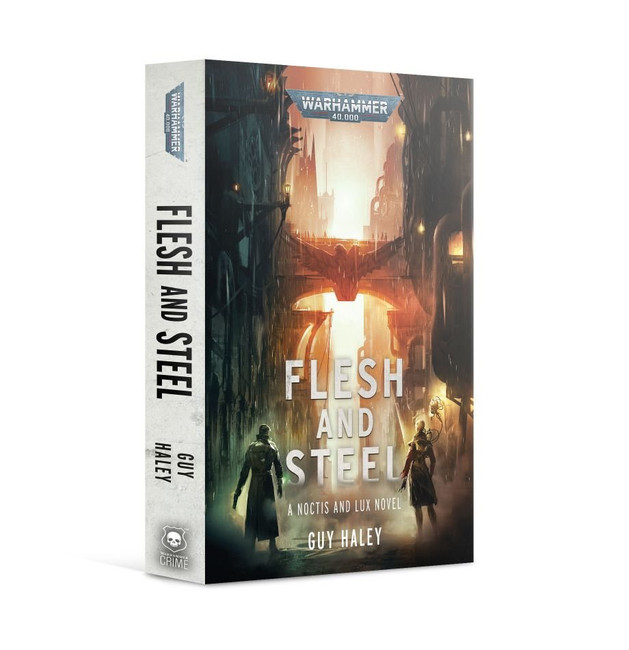 Murder in the neutral zone between Imperial and Adeptus Mechanicus territory sets Probator Symeon Noctis on a dangerous investigation.

READ IT BECAUSE
Discover tensions between Imperial servants on Varangantua as an extremely odd pair of detectives seek to solve a murder.

THE STORY
Born into riches, Probator Symeon Noctis attempts to atone for his past sins by championing the powerless of Nearsteel district. But the sprawling city of Varangantua is uncaring of its masses, and when a bisected corpse is discovered in the neutral zone between Nearsteel and the Adeptus Mechanicus enclave of Steelmound, Noctis finds himself cast into his most dangerous case yet.

Partnering with the tech-priest Rho-1 Lux of the Collegiate Extremis, Noctis is drawn into a murky world of tech-heresy, illegal servitors, and exploitation that could end his career, or his life.

It is ideal for the rotten skin of Ghouls, zombies, vampires, pestilence demons and plague warshippi

This Colour Primer is great for spraying miniatures with exposed skin, saving you loads of time. Sup

A Necromunda novelDark secrets lurk in the Fallen Dome of Periculus, and Tempes Sol of the Guild of