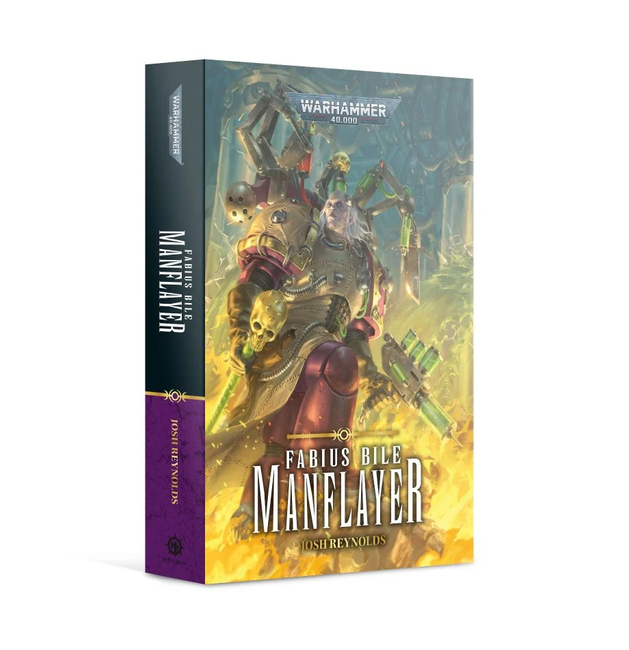 Fabius Bile Book 3As his Homo Novus project comes to fruition, Fabius Bile faces a new threat – the dreaded haemonculi of the Thirteen Scars. Can he marshal his forces to protect his creations, or are the New Men doomed to death?READ IT BECAUSEJosh Reynolds returns to the sinister former Emperor's Children Apothecary and his plan to create a new breed of human in a novel packed full of drama, twists and extremely dark humour.THE STORYIn the centuries since his return from Commorragh, Fabius Bile has distanced himself from the affairs of friend and foe, content only to oversee the cruel evolution of his New Men. But when his creations are threatened by the monstrous haemonculi of the Thirteen Scars, the Manflayer is forced to seek out new allies and old enemies alike in an effort to preserve all that he has built. Homo Novus must survive… even if Fabius Bile must die to ensure it.

In the wake of the Necroquake, Sigmar’s Stormvaults – arcane repositories locking away great and ter

The Great Necromancer, Nagash, initiates an all-out war to end all life in the Mortal Realms, but in

The air screams as Magnus the Red descends from the skies, and stone runs molten beneath his shadow.

Enter the heart of one of Sigmar’s arcane prisons with the Shattered Stormvault Ravaged Lands set! R