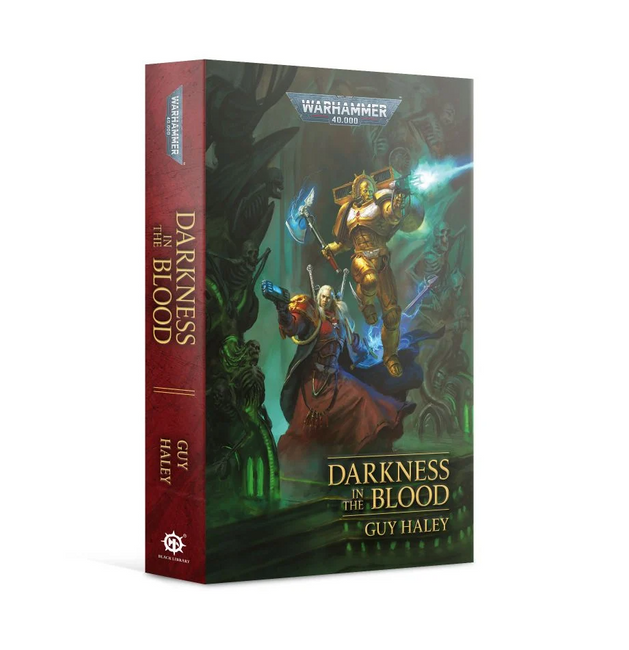 A Blood Angels novelBaal has been saved from the tyranids, yet the Blood Angels' greatest challenge awaits them. Reinforced by the new Primaris Space Marines, Commander Dante has been made warden of Imperium Nihilus. But to save the shattered Imperium, he and his brothers must first defeat the darkness within themselves.READ IT BECAUSEAfter The Devastation of Baal comes the next great test for the Blood Angels – rebuilding their broken empire, even as their broken souls threaten to overwhelm them.THE STORYThe galaxy is in flames. Chaos is in the ascendant across the stars. The Great Rift has split the holdings of the Imperium in twain, isolating entire sectors from the light of Holy Terra.But all hope is not lost. The Primarch Roboute Guilliman has returned from deathless sleep, and appointed Commander Dante, lord of the Blood Angels, as Regent and Warden of the newly dubbed Imperium Nihilus.In the Baal system, the shattered holding of the Chapter is being rebuilt, and Dante plans the greatest campaign of his long life, to retake half an empire. And yet at this moment of rebirth there are dangers close to home that could overwhelm all those who carry the blood of Sanguinius in their veins, stopping Dante's noble endeavour before it has even begun.The Flaw in Sanguinius’ sons is growing. As the twin curses of the Red Thirst and the Black Rage threaten everything, the hardest ordeal will fall upon Mephiston, twice-born Lord of Death and Chief Librarian of the Blood Angels. Among the mighty lords of Baal, perhaps only he can save them all, by mastering the darkness in the blood…

BL2606 The Hammer and the Eagle PB

A Warhammer Age of Sigmar novel With her kingdom besieged and enemies on all sides, the Blood Queen

A Warhammer 40,000 novel The death of Lord Azariel, head of the Navigator House Brobantis, draws hi

Horus Heresy: Battle for the Abyss 2014

Book 8: Battle for the Abyss A Horus Heresy novel As Horus deploys his forces, a small band of loya

Alpha Legion: Sons of the Hydra