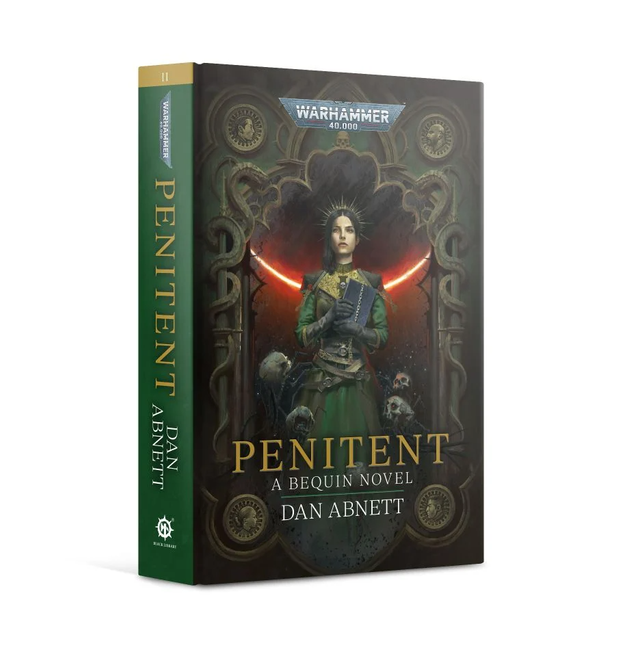 Book 2 in the Bequin seriesAlizebeth Bequin's world has been turned upside-down. Now she must choose who she will follow as Inquisitors Eisenhorn and Ravenor battle to discover the secrets at the heart of Queen Mab.READ IT BECAUSEThe latest chapter in Dan Abnett's Inquisition saga is here, and it's packed with shocking twists and stunning revelations that will change the way you look at the Warhammer 40,000 universe forever.THE STORYIn the mysterious city of Queen Mab, the forces of light and darkness are locked in a murderous struggle for truth. The dedicated agents of the Holy Inquisition battle with their shadowy counterparts, the infamous Cognitae, to discover the encrypted identity of the enigmatic, all-powerful King in Yellow. Caught at the heart of this struggle is the pariah Alizebeth Bequin. Will she stand with the Inquisition or with the Cognitae that raised her? And if she chooses the Inquisition, will it be the wise but ruthless Ravenor or his rival, the denounced heretic Eisenhorn? Bequin must withstand an onslaught of angels, daemons, and even the monstrous warriors of the Traitor Legions, to unpick the greatest riddle of her life.The beloved characters of Eisenhorn and Ravenor return, as implaccable adversaries in a novel of esoteric mystery, macabre intrigue, and vivid action, where the revelation of true identity could mean death… or might shake the Imperium to its very foundations.

Penitent Engines charge towards the foe heedless of danger, knowing that only in death, theirs or th

Release Date Due 7th November 2020   A Blood Angels novel Baal has been saved from the tyranids, yet

A Warhammer Age of Sigmar Novel In the untamed wilds of Ghur, darkness is rising. Rival warbands bat