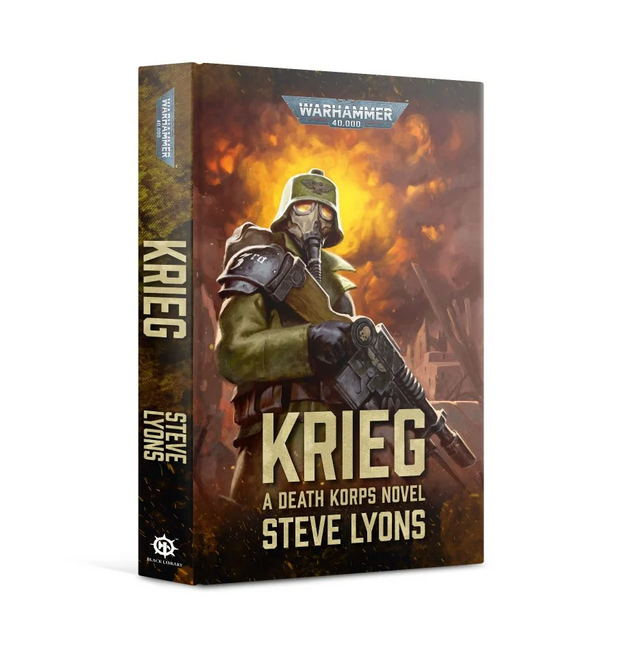 An Astra Militarum NovelThe Death Korps of Krieg are deployed to a soul-crushing siege in the Octarius War Zone. They’re the right regiment for the job, though victory might come at a price that some might balk to pay.READ IT BECAUSESteve Lyons lifts the mask on the enigmatic Death Korps of Krieg, to show us the true horror that lies at the heart of this storied regiment. If you’re looking for a meat-grinder war, you’ve found it.THE STORYKrieg is a dead world.Fifteen hundred years ago, it declared its independence from the Imperium of Man, and paid the price. One loyal soul defied its treacherous rulers, and laid the world to waste. From these ashes emerged a unique fighting force, forged and tempered in nuclear fire...Today, the Death Korps of Krieg lay siege to a captured hive ctiy on the outskirts of the system-spanning Octarius War, in a desperate attempt to secure the cordon that stops untold masses of Orks and Tyranids from spilling out into the Imperium at large. The Korpsmen are relentless, ruthless, implacable, and unstoppable, even in the face of a war that seems unwinnable. How far will they go to achieve victory, and is history doomed to repeat itself?

The Citadel Edge Paints have been developed to help give your miniatures a final sharp, bright highl