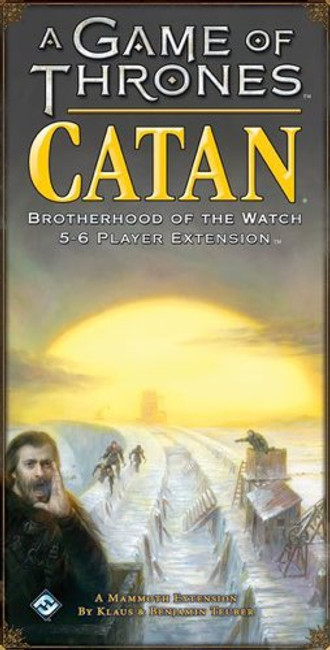 or make 4 interest-free payments of $28.88 NZD fortnightly with

New heroes rise to face the danger beyond the Wall in A Game of Thrones Catan: Brotherhood of the Watch 5-6 Player Extension! The great forests of the North conceal many secrets and the Wildlings have many surprises. Mammoths come lumbering towards the Wall, driven by the Wildling hordes, now strengthened with two new clans. But the brothers of the Night's Watch have their own secret weapons with four new heroes, including fearless spearwives who hail from beyond the Wall themselves. With these new enemies and allies, and of course your new rivals within the Watch with an increased player count, will you be able to overcome these obstacles to become the next Lord Commander?

Extend your The Settlers of Catan game to include more players and more scenarios. More tiles, more