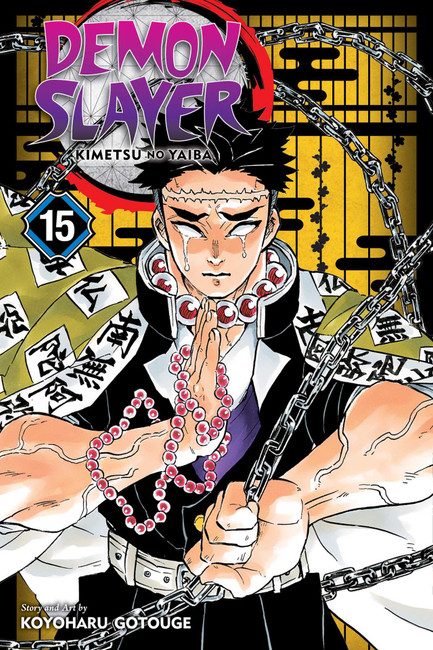 Tanjiro sets out on the path of the Demon Slayer to save his sister and avenge his family!In Taisho-era Japan, kindhearted Tanjiro Kamado makes a living selling charcoal. But his peaceful life is shattered when a demon slaughters his entire family. His little sister Nezuko is the only survivor, but she has been transformed into a demon herself! Tanjiro sets out on a dangerous journey to find a way to return his sister to normal and destroy the demon who ruined his life.Tanjiro finally chases down the main body of the upper-rank demon Hantengu. However, dawn is approaching, and the rising sun is a threat to Nezuko. Tanjiro's concern for his sister is a distraction from the focus he needs to fight Hantengu, and if he hesitates it could be the last mistake he ever makes! Elsewhere, Tamayo ponders the nature of Nezuko's curse and how she could be so different from other demons.

The battle against the powerful sibling demons Gyutaro and Daki is not going well. Although finally

The Demon Slayers fight hard to get their blades closer to Muzan’s neck! To avenge her family, Kanao

The fight with Kokushibo, the highest-ranking demon among Muzan’s servants, is over. Although Himeji