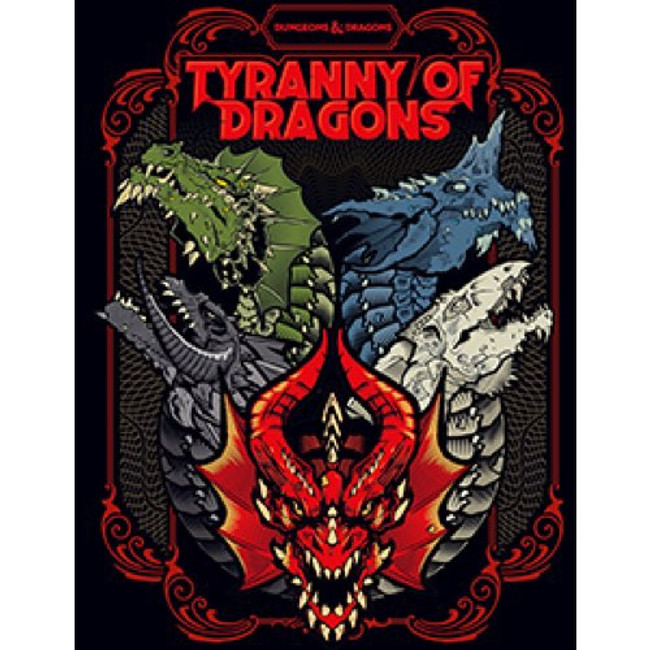 Tyranny of Dragons is a single special volume re-release of the two-part adventure from 2014 featuring a new cover designed by Hydro74.

The 224-page adventure combines the two previous titles (Hoard of the Dragon Queenand The Rise of Tiamat) into one book, taking players from level 1 all the way to level 16 as they contend against the Cult of the Dragon’s plans to bring their queen Tiamat to the Forgotten Realms.

After listening to player feedback, the adventure has been updated to smooth out the curve for new players, while also adding resources previously available only online and a special gallery of never-before-seen concept art.

Publisher: Wizards of the Coast

Tyranny of Dragons: Rise of Tiamat

Tyranny of Dragons: Hoard of the Dragon Queen

Attention Adventurers! Grab your dice and get ready to roll initiative as the game is afoot and it j