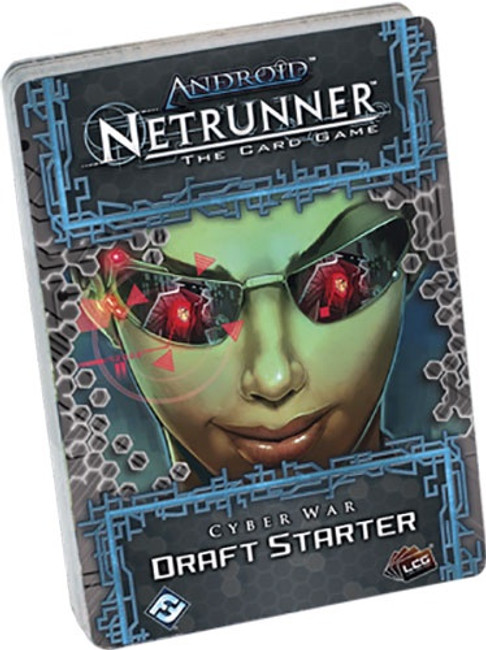 or make 4 interest-free payments of $2.45 NZD fortnightly with

Cyber War draft products for Android: Netrunner introduce a new draft format for the game. Players jointly build their decks in real time from a shared pool of random cards, then test their mettle against each other using these newly-built decks. Android: Netrunner players have been clamoring for a way to play the game in a draft format, and Cyber War delivers!

The Cyber War Draft Starter features 16 fixed cards that serve as the foundations for your Cyber War draft decks. A mix of essential agendas, icebreakers, and economy cards accompany rules for draft play and 'draft only' identity cards for both Corp and Runner.
Bring the excitement of draft play to Android: Netrunner! Each player in a Cyber War draft will require three separate packs:
The cards in the Cyber War Draft Starter that are marked 'draft only' are only legal within the draft play format. All other Cyber War draft cards can be found in standard Android: Netrunner LCG products and are tournament legal while sleeved in opaque or art sleeves.
×

The Runner Draft Pack is a selection of 40 randomized cards, drawn from a pool of 169 pre-selected A

LBring the excitement of draft play to Android: Netrunner![[split]] Cyber War draft products for An

Last month's ice? My friend, that tech may as well be the horse and buggy, analog recording, fossil