Netrunner: What Lies Ahead Data Pack 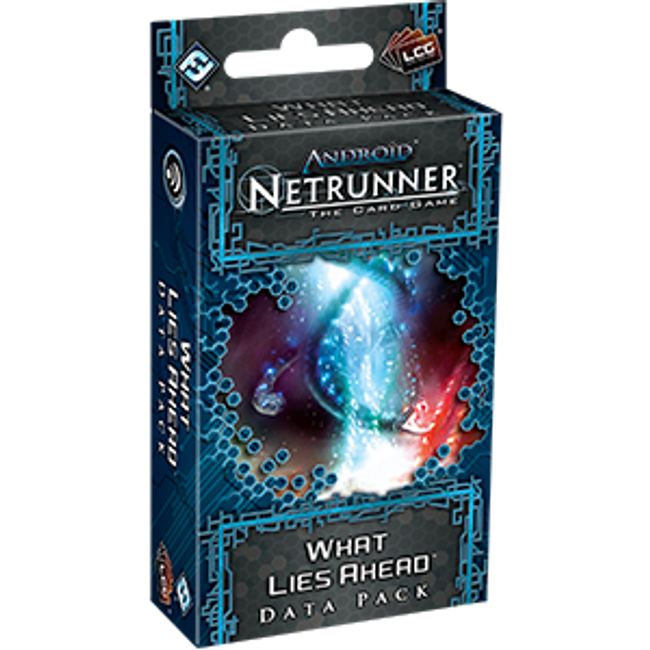 Netrunner: What Lies Ahead Data Pack

or make 4 interest-free payments of $6.70 NZD fortnightly with

“You want to be cheap, be cheap. But you want to flex your muscles? Go ahead and do it. Do it right. You’re driving one of the world’s mightiest megacorporations. You have credits like most people have red blood cells. Now, you can use it. Lock up your servers. Safe.”    –Ulrich Heiner, ice programmer and designer of Draco

What Lies Ahead adds muscle and theme to each of the seven different factions in Android: Netrunner. Its sixty new cards (three copies each of twenty different cards) intensify the game's action as each of the corps receives a new agenda and a flavorful piece of ice, perfectly tailored to its base strengths. On the other side, the runner factions launch into the ongoing cyberstruggles with new icebreakers and support cards. Meanwhile, fans of the Anarchs and Haas-Bioroid should find the Data Pack particularly rewarding as each gains a new identity.

This is not a stand-alone deck. An Android: Netrunner The Card Game core set is required to play.

"Can a single voice still make a difference? Probably not, but that won't stop me from trying. Wh

LBring the excitement of draft play to Android: Netrunner![[split]] Cyber War draft products for An