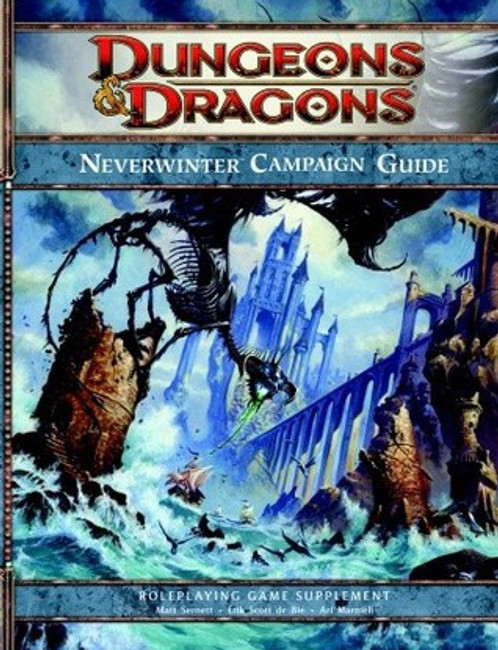 or make 4 interest-free payments of $13.88 NZD fortnightly with

Reduced to ruins by supernatural cataclysms, Neverwinter rises from the ashes to reclaim its title as the Jewel of the North. Yet even as its citizens return and rebuild, hidden forces pursue their own goals and vendettas, any one of which could tear the city apart.

Neverwinter has long been one of the most popular locations in the Forgotten Realms® campaign world. This book presents a complete heroic-tier campaign setting that plunges players into the politics, skullduggery, and peril of a city on the brink of destruction or greatness. A wealth of information about Neverwinter and its environs is provided: maps, quests, encounters, and statistics -- everything a Dungeon Master needs for his heroic tier adventures.

Masters of fire and earth. Lords of air and water. This tome is the definitive sourcebook for creati

Dozens of dungeons ready to play without preparation...Dungeon Delve(TM) is designed for groups look

All about the most popular monsters of D&D--the dragons!Draconomicon I: Chromatic Dragons descri

Descend into the depths of the world!No realm in the D&D® world stirs the imagination like the U

The deadliest dungeon in the D&D® world returns!For generations, the Tomb of Horrors™ has held a

A menacing menagerie of dragons for your D&D® campaignDraconomicon 2: Metallic Dragons describes

® campaign or plunge your heroes into the heart of the Abyss, this book has something for you! More

This product provides an in-depth exploration of Menzoberranzan, the greatest drow city in the Dunge