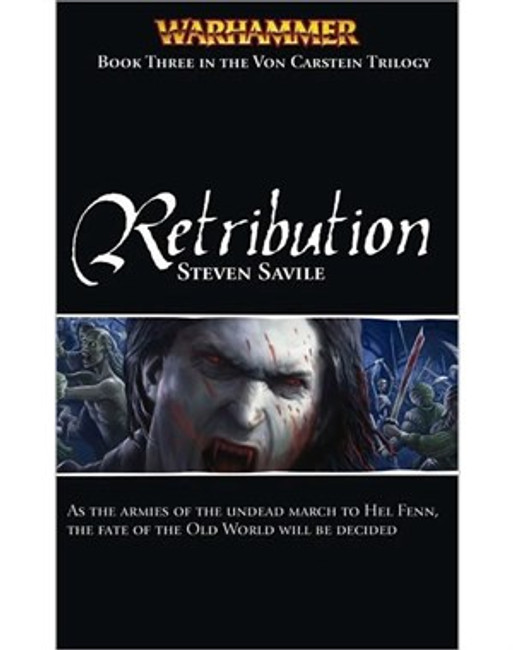 or make 4 interest-free payments of $4.40 NZD fortnightly with

Book 3 in the von Carstein trilogy

Divided by internecine conflict, the rulers of the Empire must put aside their differences and unite to battle the threat from the new lord of Sylvania, or the land of men will be lost forever.

READ IT BECAUSE
The last of the great von Carstein vampire counts – the cunning and ruthless Mannfred von Carstein – comes to the fore in the final volume of Steven Savile's epic and century-spanning undead trilogy.

This is for one (1) Privateer Press Warmachine Retribution of Scyrah Faction Card Deck box set.

UNLEASH THE POWER OF ELVEN VENGEANCE! The Retribution of Scyrah has risen out of the secluded elven