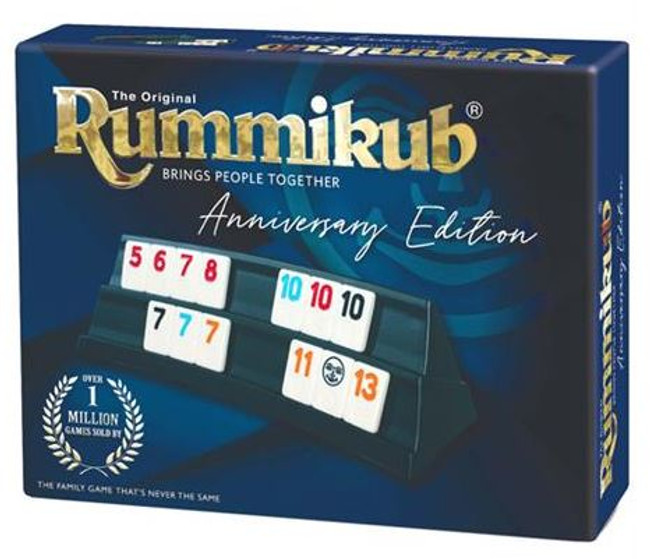 or make 4 interest-free payments of $16.20 NZD fortnightly with

Rummikub special edition issued on the occasion of the 70th anniversary of the game. The game has an exclusive box in a dark blue color with gold decorated with the Rummikub logo Simple, addictive, different every game - that's what Rummikub is all about. Get rid of all the cubes and call "RUMMIKUB" for the highest score! You will outsmart your opponents - thanks to cool calculation and a bit of luck. Remember that the Joker can liven up the game, but you will lose 30 points if you stay with him until the end of the game.

RUMMIKUB ORIGINALWith brilliant simplicity, Rummikub provides hours of amusement and each game is

Rummikub with a Twist

Gamewright Sushi Go Card Game Pass the Sushi! In this fast playing card game, the goal is to grab th

Item Details   MindWare's most awarded game celebrates ten years as a family favorite! Qwirkle is as