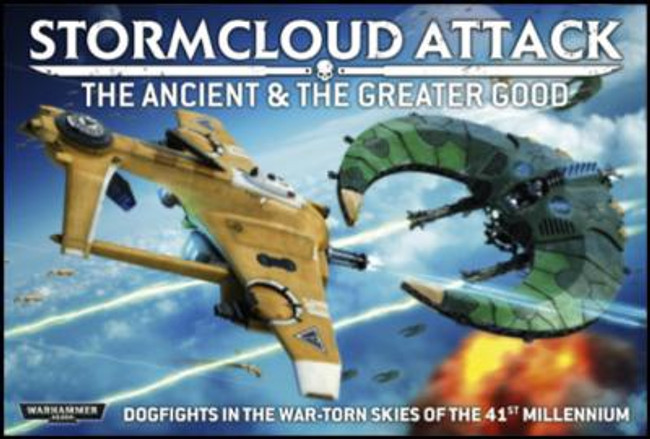 or make 4 interest-free payments of $50.00 NZD fortnightly with

Stormcloud Attack: The Ancient & The Greater Good is an exciting stand-alone boxed game for two players, pitting flying machines from the 41st millennium against each other in thrilling single combat.

It features a Necron Night Scythe and a Tau Empire AX38 Razorshark Strike Fighter, with an eighty-page softback Flight Manual detailing the awesome rules for stunning dogfighting manoeuvres, with a massive selection of missions, duels and dogfights.
×

ATTACK ON TITAN BEFORE THE FALL GN VOL 03

Unlike their Necron masters, Canoptek Spyders never sleep, but while away the aeons servicing the st