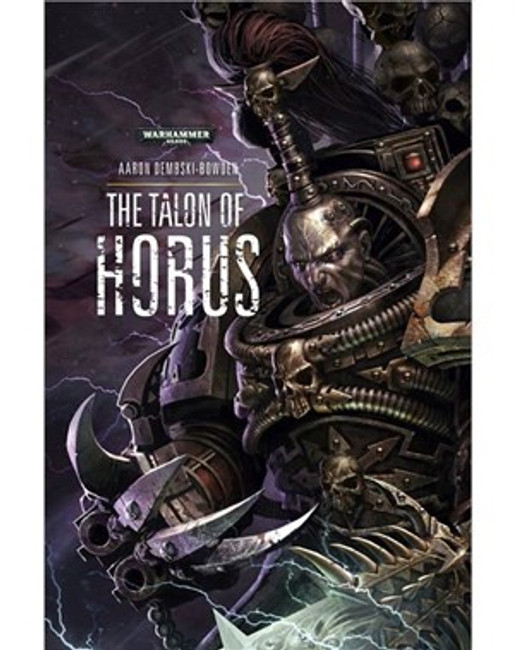 Book 1 of the Black Legion series

When Horus fell, his Sons fell with him. A broken Legion, beset by rivalries and hunted by their erstwhile allies, the former Luna Wolves have scattered across the tortured realm of the Eye of Terror. And of Abaddon, greatest of the Warmaster's followers, nothing has been heard for many years. Until now...

READ IT BECAUSE
This is the first novel in a brand new series that deals with the ultimate bad guy of the 41st millennium, written by the master of Warhammer 40,000 anti-heroes Aaron Dembski-Bowden. The Talon of Horus is the beginning of the most anticipated new Black Library series of 2014 and a must read for any fan of Warhammer 40,000 or the Horus Heresy.

Book 9: Mechanicum A Horus Heresy novelAs the flames of treachery spread outwards through the Imper