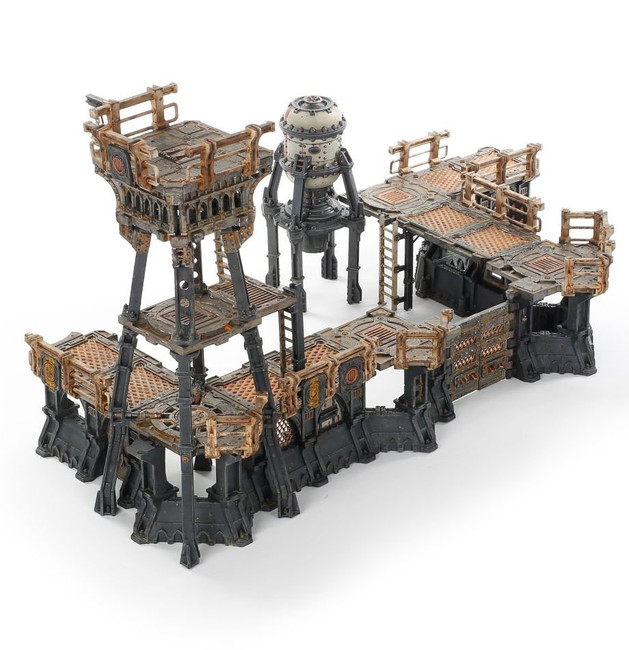 or make 4 interest-free payments of $45.00 NZD fortnightly with

The Zone Mortalis is literally "the deadly ground" – short-range gunflights take place as fighters dart between cover, and brutal melee is almost impossible to escape from. Even in such a lethal environment, a gang needs somewhere to live.

Create a headquarters for your gang so that they have their own little corner of the underhive to call home. The Stronghold can be assembled in a variety of ways and multiple kits can easily be combined to grow the size of your base. It's also fully compatible with the other Zone Mortalis kits, meaning that you can create epic Necromunda terrain. The Stronghold can be used as the focal point of a scenario, with one gang defending their home turf from a rival.

The set includes rules and direction for using the various more unique elements of the terrain set in games of Necromunda, including rules for the stronghold gate, the watchtower, the gunk tank and firing ports along the edge of the Stronghold.

The gangers that fight in the name of House Goliath are hulking brutes, each a pillar of muscle and

House Escher is unique among the great Houses of Necromunda, for its gangs are made up entirely of w

What adventures await your campaign? Are the enemies already at the gates, and your party is in a ra

Flayed Ones keen shrill hunting cries as they fall upon the foe, talons flashing. Infected with the