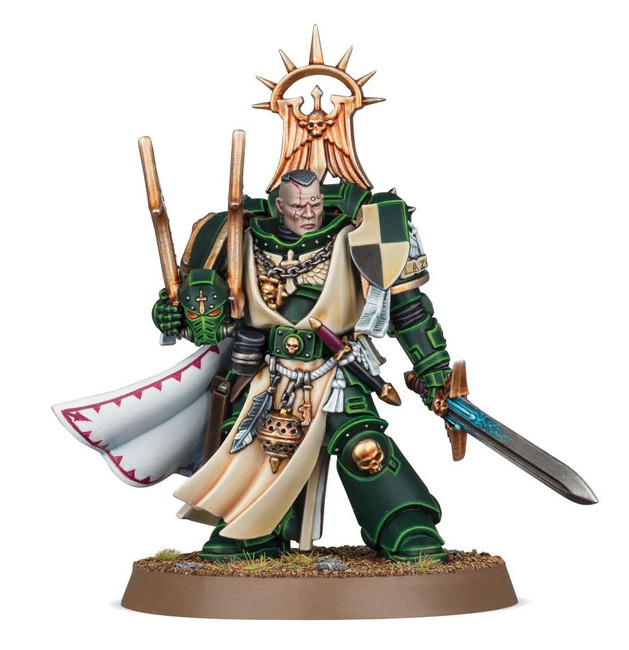 Lazarus is a magnificent warrior, welding Enmity’s Edge with all the martial skill expected of the Dark Angels. Known throughout the Chapter for his cool demeanour, it is only when fighting enemy sorcerers that his composure fades in any way. He has seen many battle-brothers fall to the evils of the warp and delivers every strike against enemy psykers all the harder in tribute to the lost, whose names he chants as he fights to invoke their memory and inspire himself to courageous deeds.

An HQ choice for the Dark Angels Chapter, Master Lazarus makes for an exceptional melee fighter – especially against his chosen prey, enemy psykers. Meanwhile, the Spiritshield Helm he carries protects him from the baleful influence of those who would seek to use the warp against him.

This 22-piece plastic set makes one Master Lazarus and is supplied with 1x Citadel 40mm Round Base.

Under constant pressure from its enemies, the human Empire maintains mighty armies to protect itself

Amidst the thunderous tumult of battle, a Master of Executions strides unflinchingly forwards, his m

Twas the month before Christmas, when all through da Waaagh!, not a creature was stirring, not even