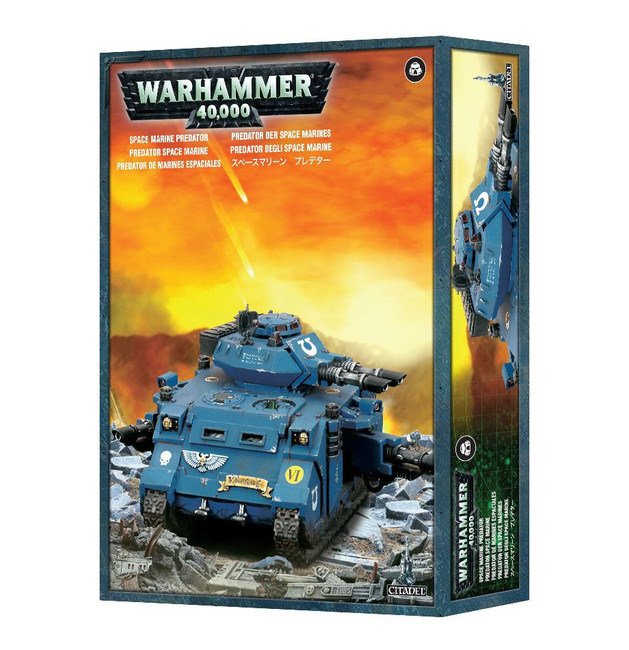 The Predator is the main battle tank of the Space Marines. Based upon the Rhino chassis, the Predator sacrifices transport capacity for improved frontal armour and heavy turret-mounted armament. The result is a well-armed and mobile tank, equally capable of holding ground or spearheading armoured assaults into the most heavily defended of enemy territory.

Elite, genetically engineered warriors tasked with the protection and expansion of the Imperium of M

Support troops who truly live up to their name, the Space Marine Devastators deliver the Emperor’s j

Scout squads are the vanguard of a Space Marine army. Infiltrating behind enemy lines they sow disru