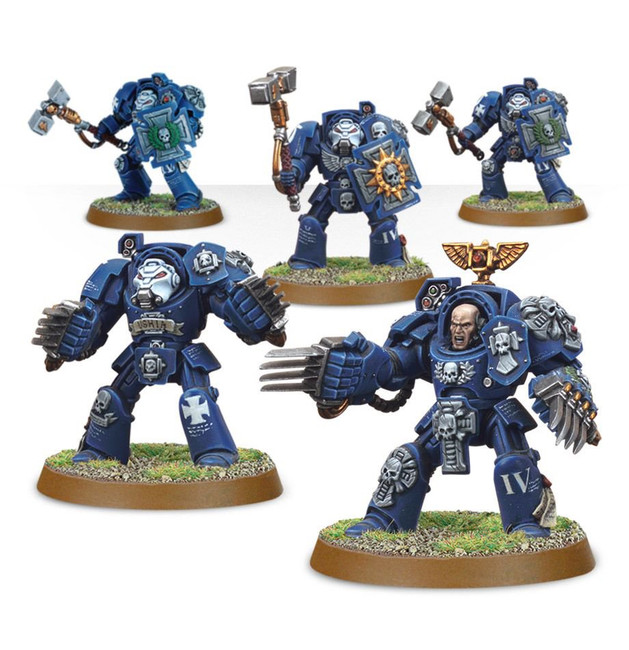 or make 4 interest-free payments of $25.00 NZD fortnightly with

A Chapter's first company is known as the Veteran Company and contains its bravest and most heroic Space Marines. Invariably the most powerful Company in the Chapter, its warriors are trained to take to the field in the mighty Terminator armour. In battle Terminators are deployed where the fighting is certain to be at its bloodiest.

This box set contains five multi-part plastic Terminators, and includes options for a Sergeant and the choice of either a pair of lightning claws or thunder hammer and storm shield for each Terminator. Models supplied with Citadel 40mm Round bases.

Terminators are amongst the greatest heroes of Mankind, bold warriors in whom the indefatigable hero

Support troops who truly live up to their name, the Space Marine Devastators deliver the Emperor’s j

Prepare to hunt for the Fallen with these handy reference cards! Each is great for quickly referring