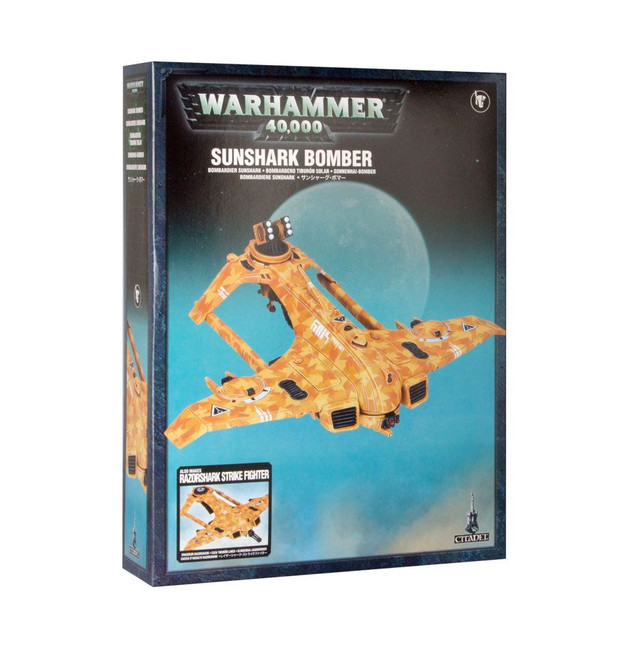 The Sun Shark Bomber is a sleek atmospheric aircraft that is capable of sweeping down from the skies and blasting ground targets with its potent payload.

The Sun Shark Bomber kit shows the elegant design of the T'au in all its glory. Its front wingtips are tilted downwards, as are its stabilisers, and these are connected in a way that frames a pulse bomb generator. Details include Air caste insignia sculpted onto the top of the model, and an array of metal panels, grills and two engines positioned either side of the nose. There are also additional detail such as lights and an aerial. Other weapons options include a twin-linked ion rifle, burst cannon, missile pod, networked markerlight, seeker missiles, as well as two Interceptor Drones that are docked within the wings, but which can be disconnected.

This multi-part plastic kit contains 51 components and a T'au transfer sheet with which to make either a Sun Shark Bomber or a Razorshark Strike Fighter.

The Piranha is a lightly armoured vehicle used by the T'au in a range of capacities, including rapid

Fireblades are the most grizzled and seasoned Fire Warriors of their cadre, whose skill at the Fire