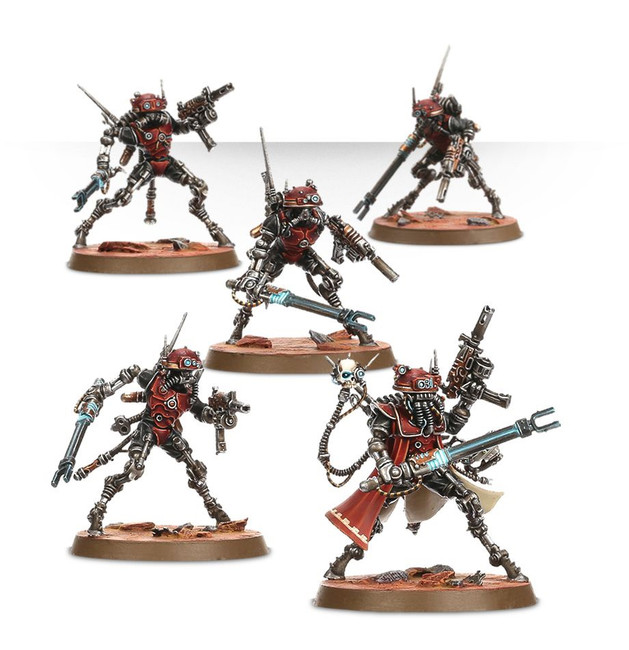 Initially an elite assassination squad, the Sicarian Ruststalkers proved so effective at the art of killing that they were repurposed as front-line, physics-manipulating commandos. Their transonic weapons hum and resonate with sickening efficiency, passing through the strongest armour as if it simply didn’t exist.

The box contains 5 different, cybernetically augmented gasmask-clad Sicarian Ruststalker heads, covered in sensors and data-gathering devices to further the quest for knowledge. More machine than man now, their bodies are encased in pressurised armour. An

A huge, ancient robot built ten thousand years ago, the Kastelan Robot is a perfect example of the A

The masters of the Cult Mechanicus, the Tech-Priests Dominus have a prodigious talent and hunger for

The Adeptus Mechanicus are the faithful disciples of the Machine God, wielding arcane technology to

Owing its origin to the lost knowledge of millennia, the Onager Dunecrawler is based on the Mars Uni

Surrounded by a protective veil of lightning, clutching electroleech staves, the Fulgurite Electro-P