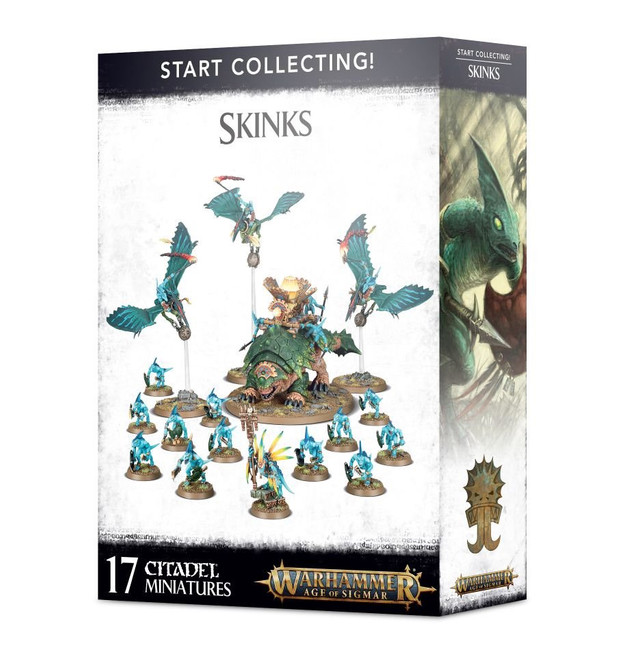 Skinks! They're impossible not to love. These diminutive lizardmen are loved by canny generals for their speed, lore fans for their cunning and model-makers for just how inexplicably cute they are – so we've made it easier than ever to field a whole army of the little guys. Start Collecting! Skinks makes starting a Skink based army of Seraphon super simple. Inside, you'll find a Skink Starpriest to lead your forces, a unit of skirmishing Skinks to scout ahead of them, 3 swift Terradon Riders (also buildable as Ripperdactyl Riders!) and a Bastiladon – a dinosaur with a laser. Need we say more? If you're somehow not convinced, it also saves you money compared to getting the kits separately – and contains an exclusive warscroll battalion warscroll to boot! This set contains: 1x Skink Starpriest 12x Skinks, with various weapon and equipment options including meteoric javelins, star-bucklers, celestite daggers, boltspitters and moonstone clubs 3x Terradon Riders, with the alternative option to build 3 Ripperdactyl Riders, or a Terradon Chief, or a Ripperdactyl Chief 1x Bastiladon armed with your choice of an Ark of Sotek or Solar Engine