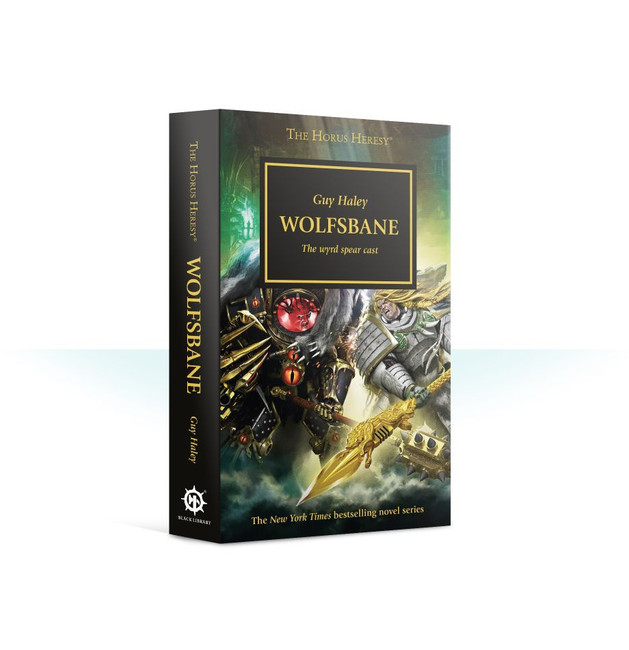 The time has come. Leman Russ, primarch of the Space Wolves, withdraws his Legion from Terra and hurries towards Horus’ position, to try and end the traitor once and for all.

READ IT BECAUSE
It's the showdown you've been waiting for, whether you knew it or not… Wolf against wolf, as the Lord of Winter and War takes on the Warmaster himself, with the fate of the galaxy hanging in the balance.

The time has come for Leman Russ, primarch of the Space Wolves, to fulfil his vow and attempt to stop Warmaster Horus before he breaks through to the Segmentum Solar. In the face of opposition from three of his brother primarchs, Russ withdraws the Space Wolves legion from Terra and makes all haste for Horus’ position. Reports from Malcador the Sigillite’s agents suggest that Horus is utterly changed, infused with a diabolical power so great that no man can stand against him. A warrior of Fenris would never willingly abandon his oaths, but with Horus beyond the touch of mortal blades, the Lord of Winter and War may have doomed himself for the sake of honour…