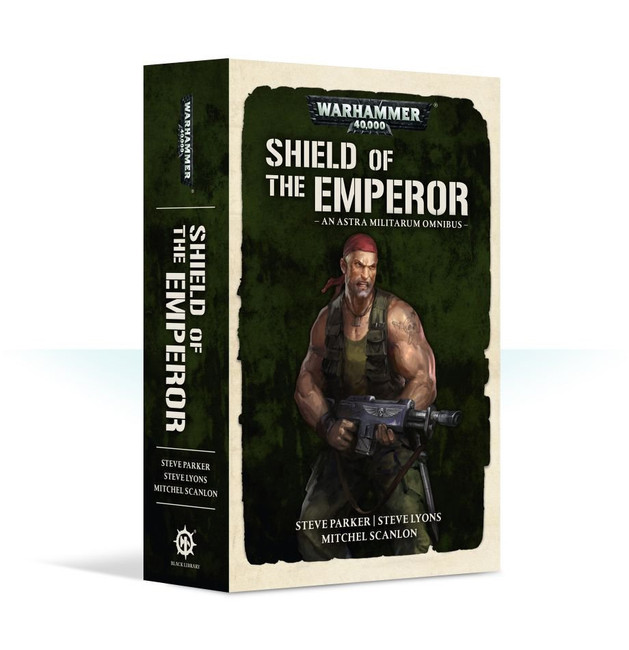 The Astra Militarum are the Emperor’s shield, defending the worlds of mankind from all their many foes. In this omnibus, witness the brave men and women of the Imperial Guard give their all for the Imperium of Man.

READ IT BECAUSE
Discover the dedication and loyalty of three Imperial Guard regiments in a trio of stories that will immerse you in the endless war to keep the Imperium safe.

DESCRIPTION
The Astra Militarum is the largest body of fighting men and women in the galaxy. Drawn from the myriad planets of the Imperium, it is the solemn duty of these grim soldiers to fight the wars of the Immortal Emperor against the many enemies that threaten the very existence of humanity. With incredible manpower, and supported by massive battle tanks and hordes of priests, clerks and engineers, it is an indomitable war machine, the Shield of the Emperor.

This omnibus contains three novels and three short stories, each telling of some of the many battles fought by the Astra Militarum in defence of humanity.

Swords of the Emperor

Duty & Honour As a border dispute with Bretonnia threatens to erupt into bloody war, Reiksmarsh

The Emperor's Gift A Grey Knights novelTwo aspirants are recruited into the Grey Knights, and must

BL2762 Spear of the Emperor PB

A Warhammer 40,000 novel The Emperor's Spears are a Chapter on the edge of destruction, last watchme