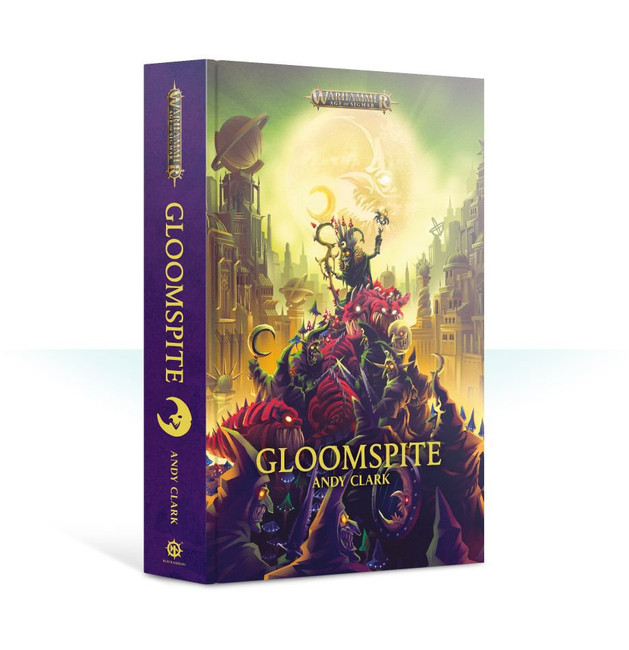 The Bad Moon looms over the city of Draconium, and Watch Captain Helena Morthan knows it bodes ill for the town. Can she and grieving warrior Hendrick Saul defeat the plans of the Gloomspite Loonking and save their people?

READ IT BECAUSE
Andy Clark tells a twisted and disturbing tale of the grots of the Mortal Realms, delving into darkness in more ways than one. Strap in – this is going to be a wild ride…

THE STORY
In the dark corners of the Mortal Realms, the mysterious Gloomspite Gitz go to war, following the trail of their abominable deity. Nowhere is beyond the sight of the Bad Moon, not even those places under Sigmar’s protection, like the city of Draconium, sweltering beneath the scalding rain of Aqshy. In this boiling pot of tension, the regent prays to Sigmar for guidance while Captain Helena Morthan puts out fires: blades drawn in the streets, heretical doomsayers preaching the end of days, and insects eating watchmen alive.

When the grieving warrior Hendrick and his warband arrive at the gates with a prophetic warning, Captain Morthan sees a way to save her people. But with Skragrott the Loonking plotting underneath Draconium, and the Bad Moon looming in the sky above, will there be a city left to save?