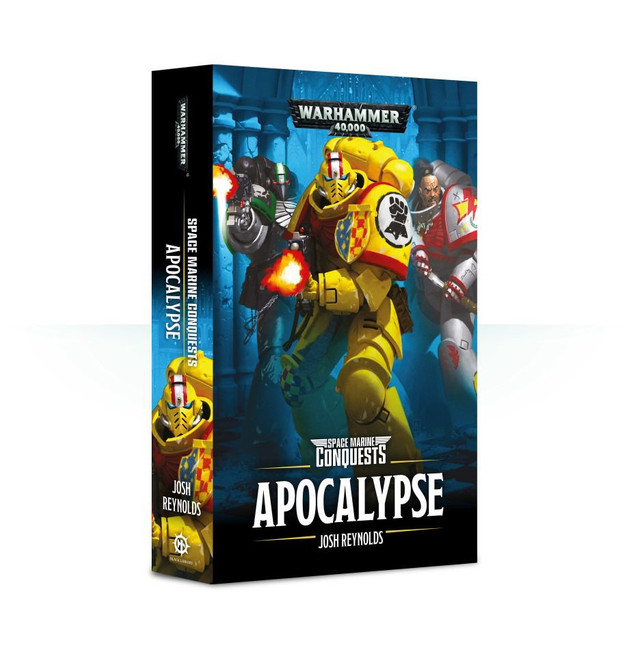 A Space Marine Conquests novel The Word Bearers have come to despoil the Ecclesiarchy world of Almace – and it will take the Space Marines and the world's secretive leaders working together to prevent an apocalypse… READ IT BECAUSE Apocalypse is all about the biggest battles, and Josh Reynolds delivers that in this tale of three Space Marine Chapters waging war, with the fate of an entire world hanging in the balance. THE STORY Following the cataclysmic Great Rift, forces from the Imperial Fists, White Scars and Raven Guard mobilise to defend the cardinal world of Almace from an invasion by the twisted traitors of the Word Bearers… Lieutenant Heyd Calder is a Primaris Marine whose mastery of warfare is matched only by his diplomatic prowess. Under the orders of Roboute Guilliman, he is deployed to Almace, a minor seat of the Ecclesiarchy, to protect the world at whatever cost. Yet even as diabolical forces leer from the system's edge, Calder discovers that the capital's Cardinal-Governor, a sharp, inscrutable figure of spiritual and material authority, is hiding something. When it becomes clear that conquest is not the enemy’s sole aim, Calder resolves to uncover the secret of Almace. As the system is set ablaze, clashes of faith, strategy and politics ensue in the capital, and it becomes clear that the forces of the Ecclesiarchy and the Adeptus Astartes must fight together if they are to have any hope of victory. Written by Josh Reynolds

Treacheries of the Space Marines

Treacheries of the Space Marines A Warhammer 40,000 anthologyEven among the superhuman warriors of