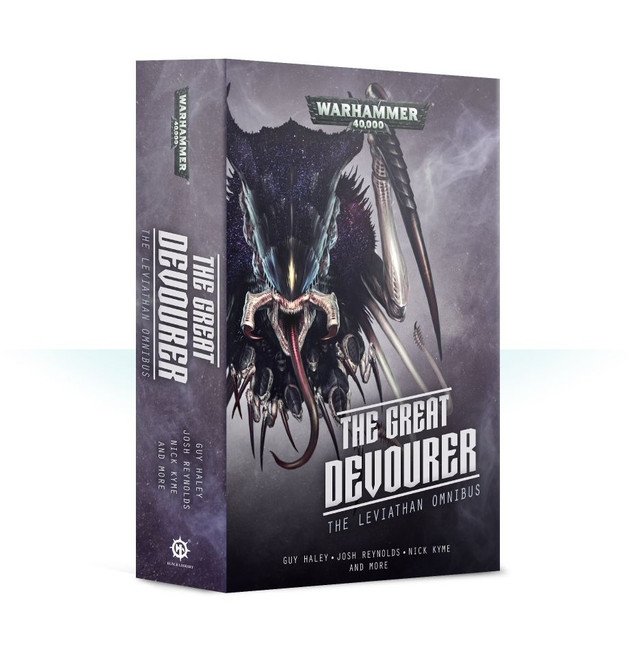 The tyranids are one of the greatest threats to mankind, ravenous aliens who devour all that they encounter. This omnibus contains a host of stories pitting the forces of the Imperium and the aeldari against these terrifying foes, including the novel Valedor, four novellas and more.

READ IT BECAUSE
Experience desperate battles against the most alien of foes in a series of tales encompassing the Imperium and the aeldari battling monstrous xenos horrors.

DESCRIPTION
As billions upon billions of tyranids sweep through the galaxy, consuming every living soul and world in their path, it seems all will soon fall to the ravenous xenos. Faced with foes beyond number, Space Marines and their common enemy the aeldari face an impossible dilemma – do they fight to the last honour, or retreat to safety for the future of their race? This omnibus contains a novel, four novellas and four short stories featuring harrowing battles against the tyranids.

BL2927 The Infinite and the Divine PB

A Necrons novelTrazyn the Infinite and Orikan the Diviner are opposites. Each is obsessed with their

The Tempestus Scions are amongst the finest human warriors in the galaxy. They are fanatically dedic

The Chimera is the Imperial Guard's most commonly used armoured troop carrier. These ubiquitous vehi

The abhumans known as Bullgryns are a formidable sight to behold. Clad in custom-made carapace armou